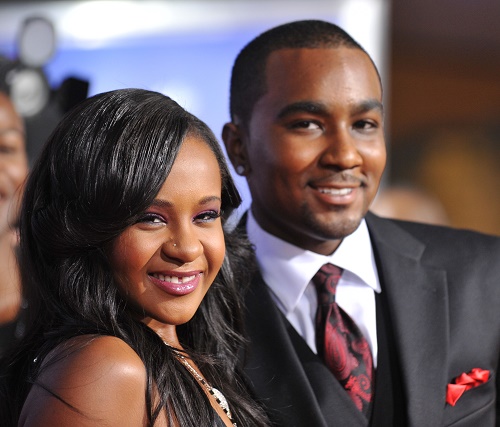 Now that word is out that Bobbi Kristina Brown has passed away as a result of the horrific injuries she suffered on January 31st of this year, celebrities are reaching out on social media to share condolences with the Brown and Houston families. A number of the celebrities sending messages seem to have known Bobbi Kristina Brown or had met her over the years when they worked with her mother Whitney Houston or father Bobby Brown.

Most of the outpourings of sympathy over the death of Bobby Kristina Brown seem genuine and caring, but one disturbing celebrity that climbed on the bandwagon to share his thoughts is Chris Brown. Brown himself was convicted of abusing a woman of color – Rihanna – that left her with devastating injuries. It’s horrifyingly hypocritical of Chris Brown to make himself part of this dialog over the death of a woman who was allegedly abused into passing.

Chris Brown
RIP BOBBI KRISTINA! My heart goes out to the family. People please be respectful and understanding to their privacy.

Kylie Jenner ‏@KylieJenner
Rest in peace #BobbiKristina. Got a chance to hang out with u once & I’ll never forget it or you! Ugh this is so sad :(

Viola Davis
My prayers are with the entire Houston/Brown family. May #BobbiKristina, rest peacefully with her mother in heaven.

Vivica A Fox
RIP #BobbiKristina My deepest sympathies 2 your father #BobbyBrown n your GrandMa #CissyHouston We will miss ya 4sho darling ;)

Dionne Warwick
She was a sweetheart. She will be missed, that’s for sure.

Reverend Al Sharpton
My prayers are with Cissy Houston, Bobby Brown, and the entire family and love ones of Bobbi Christina. So sad. May God grant her peace.

Katie Couric
This is so sad.

Steve Harvey
My thoughts & prayers are with the Brown/Houston family!! #RipBobbiKristinaBrown

Brad Goreski
Heartbroken to hear about the passing of #BobbiKristina. How tragic. So young. May she RIP with her beautiful mother.

Paula Abdul
I was greatly saddened to hear of the passing of #BobbiKristina -I send my love & heartfelt condolences to the Brown & Houston families.

Frankie Grande
My heart is weeping for the family of Bobbi Kristina. What a tragedy. Sending you love and light. She’s in a better place

Sherri Shepard
Motherhood changes you… you don’t live for you, you’re living for your children” Whitney Houston #RIP Bobbi Kristina

Sam Smith
The most heartbreaking tale. May you both rest in peace, and find the happiness and contentment you couldn’t find in this world, in the next. My love and thoughts with all their family and friends on this sad night xx

Ciara
Lost For Words About The Life Story Of Whitney and Her Daughter Bobbi Kristina. Praying For The Houston and Brown Family.