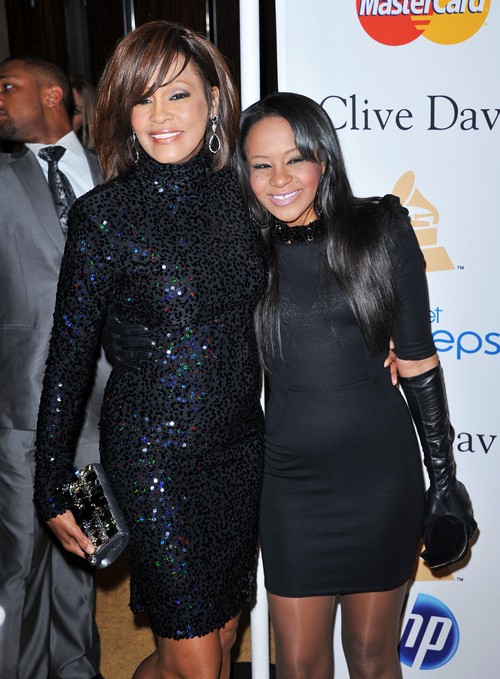 Okay, things are getting ridiculous. How desperate for money can one family be? Bobbi Kristina Brown’s funeral has been treated as a high level security event according to TMZ. The Brown family has reportedly decided to band together and do everything in the power to make sure that the funeral goes exactly how they want it to go despite Pat Houston.

One of the main issues at hand is the fact that the Brown family is fearful that someone will snap a photo of Bobbi Kristina Brown’s body, in her casket, and then sell it to the highest bidder. If you recall, this is the exact same thing that happened when at Whitney Houston’s funeral back in 2012. A photo of Whitney Houston’s body in her casket was taken, and sold to the highest bidding magazine. The photo then surfaced on the cover of National Enquirer magazine, and the family was outraged.

When Whitney Houston was laid to rest in 2012, Bobby Brown was escorted from the funeral, and ever since then, the Brown family has been convinced that it must have been someone either in the Houston family or a friend of the Houston’s that snapped the photo of Whitney and sold it to the magazine.

Now, sources have revealed that the Brown family is standing up against the Houston family and is on high alert to make sure that a repeat does not happen to Bobbi Kristina Brown.

Pat Houston, however, managed the funeral, so if it is true that the Houston family was responsible for the selling of Whitney Houston’s photo, we should not be surprised if a photo leaks of Bobbi Kristina Brown in her casket.