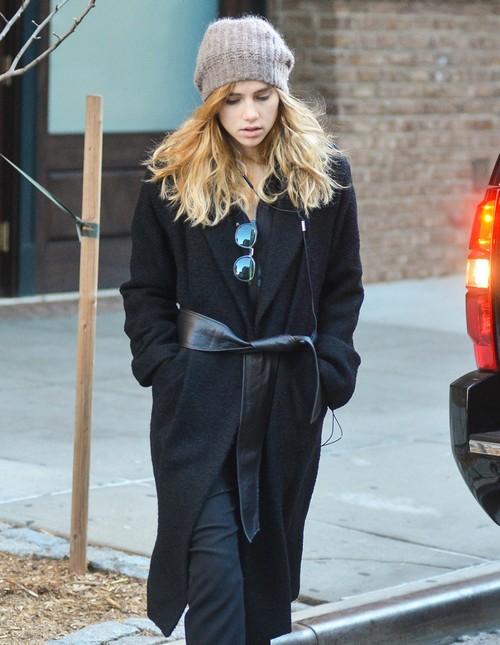 Is Suki Warerhouse pregnant by Bradley Cooper – has the “American Sniper” forgot to put on his safety? Bradley Cooper is riding on top of the world right now thanks to the success of “American Sniper,” but is he also expecting some other good news? According to a new report from Star Magazine, Suki Waterhouse recently learned that she was pregnant. Star’s source explained, “Bradley’s wanted to be a father for years — it was always so important to him, but it was never the right time or the right person. Suki is perfect for him, and he couldn’t imagine going on this journey with anyone else.”

Uh-huh. The 23-year-old model is perfect for him? Although Bradley has supposedly been bombarding all of his friends with questions about child-rearing plans, I doubt that Suki Waterhouse would actually be willing to have his kid. Sure, both Bradley and Suki have been dating for a few years now, and a pregnancy isn’t completely out of the question. But for all intents and purposes, Bradley and Suki have been dating for a while without any talk of an engagement or marriage. And I’m sorry, but I don’t think Bradley Cooper wants to have a kid without getting married. He’s been open about his traditional values beforehand, and in that scenario, I don’t believe that Bradley would be on-board with Suki being pregnant if they didn’t tie the knot first.

For that matter, I don’t think Suki would even want to have a kid right now, not with her modeling career doing so well. They’re models, remember? Getting pregnant and having a child – unless you’re Gisele Bundchen and Tyra Banks – hinders your career to a significant level. But if it’s meant to be, hopefully Bradley and Suki will figure it out before it’s too late for them.

What do you guys think? Is Suki Waterhouse pregnant with Bradley Cooper’s baby? Let us know your thoughts in the comments below.