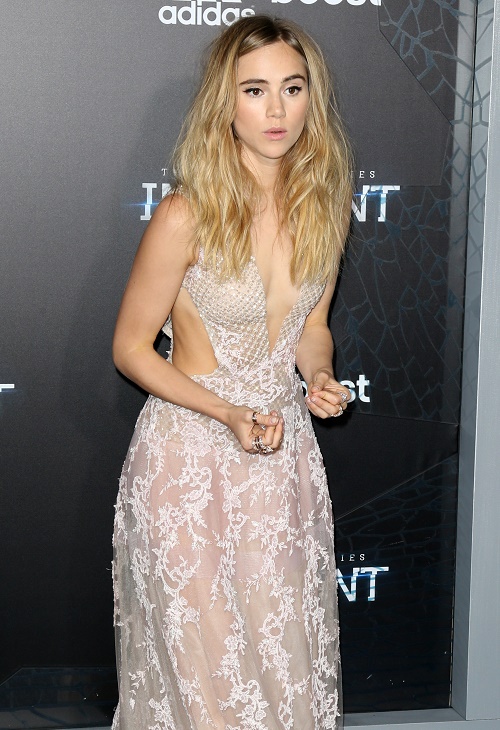 Bradley Cooper and Suki Waterhouse just broke up, but there is already a line of famous men knocking on the model’s door and trying to win her over. Suki Waterhouse is apparently a hot commodity in Hollywood, and she is not wasting any time putting herself back on the market. So which famous men are tripping over each other trying to score a date with Bradley Cooper’s ex? According to a new report, Leonardo DiCaprio, Tom Cruise, and One Direction’s Harry Styles are all in the running.

The April 20th edition of Star Magazine reveals, “Forget pints of ice cream and Netflix binges, Suki Waterhouse hasn’t exactly been down in the dumps since her break-up from Bradley Cooper – she hasn’t had time her phone has been ringing off the hook! Bradley would be shell-shocked to learn how many men are thrilled by their break-up.” Star Magazine’s Hollywood insider goes on to reveal that Tom Cruise, Harry Styles, and Leonardo DiCaprio are all vying for Bradley Cooper’s sloppy seconds.

Star Magazine’s inside source dished, “Leo is used to getting what he wants – and right now it is Suki. He’s a pretty determined guy when it comes to women, and right now he has made it his mission to hook up with her.” Obviously, Leonardo DiCaprio is after Suki – she is a model with a pulse. Does Rihanna know about this? The insider goes on to reveal, “Harry has had a crush on Suki for a long time. They hang in the same circle and he keeps making his buddies invite her out when he’s out so that he can chat with her.” As far as Tom Cruise goes, “Tom thinks Suki is adorable and he is on the prowl for a new wife. There is a big age gap, but Tom thinks that if she dated Bradley he could have a shot too.”

I think we can safely cross Tom Cruise off the list. Can you imagine the phone call? “Hi, you don’t know me but I am Tom Cruise. I heard you like older men and I desperately need a wife – are you interested?” Gross. Harry Styles is a cutie, but can Suki really transition from a critically-acclaimed grown man to a boy band singer? It’s a safe assumption that at this point Leonardo DiCaprio is the obvious frontrunner, and we are really hoping to see them hook up – just because we would love to see a Rihanna and Suki catfight over the womanizing actor.

So, what do you think of Suki’s suitors? Will she choose Leo, Harry, or Tom? How do you think Bradley Cooper feels about his fellow celebrities hounding his ex? Let us know what you think in the comment section below!