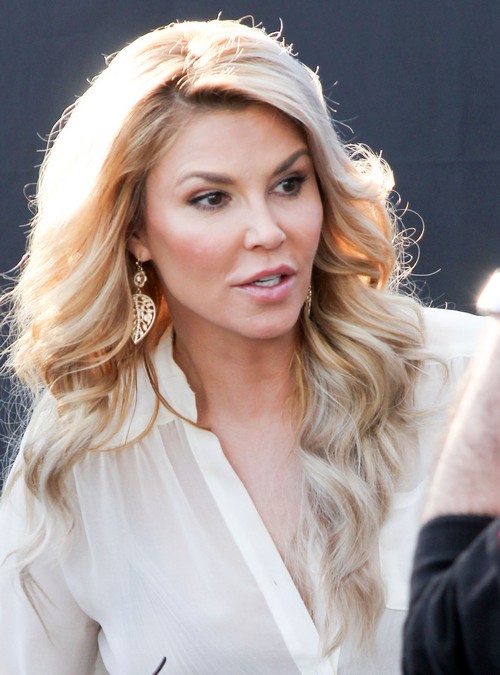 Will Brandi Glanville be fired from Real Housewives of Beverly Hills? The reality TV star and Bravo celebrity is reportedly shaking in her boots and fearing she is about to be axed from RHOBH – and of all the women on the show she is the only one who actually needs the money. Brandi’s never-ending drama and not-so-tactful words are what landed her a gig on Real Housewives of Beverly Hills to begin with, but she has rubbed too many people the wrong way, and those same qualities could end up getting her fired from RHOBH.

According to the May 11 edition of OK! Magazine, Brandi is desperately trying to branch out and secure some other sources of income because she thinks that Bravo is about to fire her. OK!’s inside sources reveal, “She’s terrified of being broke again if her gig on RHOBH ends, and she is determined not to be left high and dry. She’s putting a lot of effort in to her podcast, but what she really wants is a satellite radio show like Jenny McCarthy has, because that is where the real money is.”

Unlike the other housewives on RHOBH, Brandi Glanville doesn’t have any other claim to fame or major business ventures – her Bravo income is her main income, aside from books or radio shows and appearances, which would all stop selling if she was no longer on the reality TV show. So, should Brandi Glanville be concerned? Absolutely, especially after her latest outburst on the Real Housewives of Beverly Hills reunion, rumor has it that her spot on the reality TV show really is being reconsidered by Bravo execs.

Do you think that Bravo would really fire Brandi Glanville, or does Real Housewives of Beverly Hills need her? How fast will she go broke without her RHOBH paychecks? Let us know what you think in the comments below!