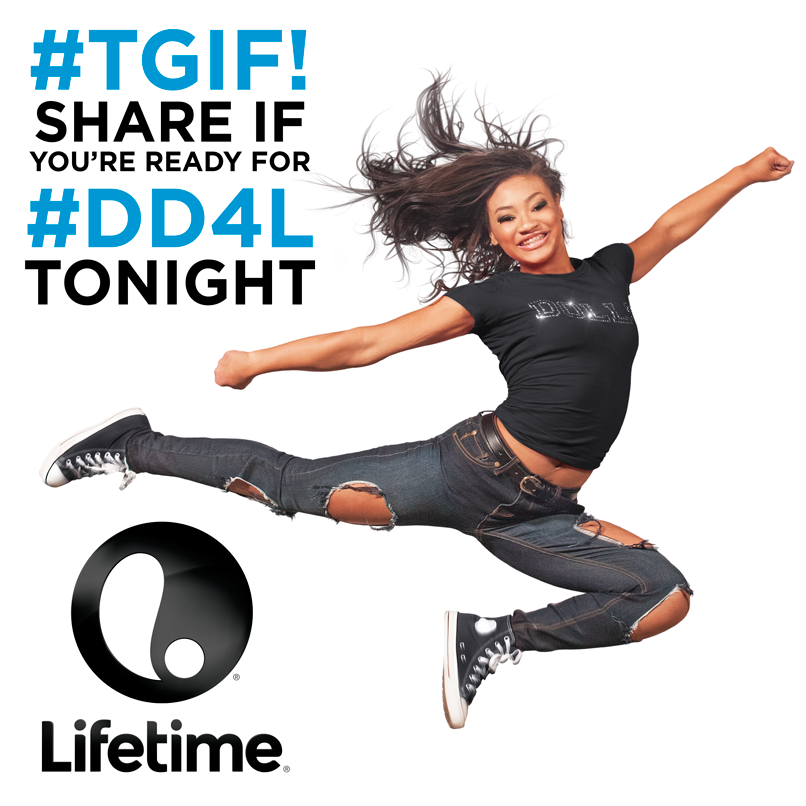 On Lifetime tonight Bring It! airs with an all new Friday February 13, season 2 episode 4 called “Bucking in Bama,” and we have your weekly recap below. On tonight’s episode, the Dancing Dolls head deep into uncharted territory when they attend a competition in Mobile, Alabama. Camryn takes the reins as Head Captain for the week and struggles as she attempts to lead stand battle for the very first time.

On the last episode, the Dancing Dolls faced off against fierce cross-town rival the Purple Diamonds for the very first time since a controversial competition last season. Dianna revealed a surprising secret weapon that tests the dancers like never before, and the Moms confront Miss D after a risky decision causes them to fear for the girls’ safety. Did you watch the last episode? If you missed it, we have a full and detailed recap right here for you.

On tonight’s episode as per the Lifetime synopsis, “the Dancing Dolls head deep into uncharted territory when they attend a competition in Mobile, Alabama. Camryn takes the reins as Head Captain for the week and struggles as she attempts to lead stand battle for the very first time. Meanwhile, Rittany considers taking her niece to join a rival dance squad after she and Dianna clash over Crystianna cheerleading.”

On tonight’s all new episode of “Bring It”, the Dancing Dolls will not only be dancing in an out of state competition (they’ve actually never done before), but they’ll also be led by a new captain it seems. Sadly, this year is also Kayla’s last year as captain so Dianna wants Kayla start grooming her replacement. And so far there are only two possibilities as to who this new captain is going to be. Camryn or Tamia!

Though, Tawantza wanted to know why the competition for captain wasn’t opened to anyone else. Like her Zatia for instance. Because, despite the girl not showing an adeptness or skill (at least with the older Dancing Dolls); her mother still seems to think her daughter is a natural star.

And maybe she’s right. There’s a possibility that Zatia could be full of untapped talent but until she starts to improve in the background – she’s not in the position to take center stage.

Yet, a different position may soon open up. Rittany, it appears, has forgotten the rules and she’s recently put her niece in cheerleading. So Dianna called her out for doing that. And to be fair she had good cause to.

Everyone knows Dianna doesn’t want the girls’ attention to be spilt. She wants their sole focus on Dancing Dolls. However Rittany wants more for her niece. Hence, the cheerleading that could potentially lead to a scholarship.

Rittany says she eventually wants more for Crystianna than just a community college. So if Dianna continues to fight her on allowing her niece to do cheerleading – Rittany says she has no problem with taking Crystianna to the Purple Diamonds. The team that is also known as Dianna biggest competition in Mississippi.

So Rittany has her mind made up and Dianna isn’t helping to diffuse the situation. Instead she’s blatantly daring Rittany to follow up on her threats. And who knows – perhaps Rittany means it this time!

Technically, Rittany has always made threats and Dianna has always told her she could go if she wants. But never before have, either of them, ever looked this serious when they start to say threats they normally wouldn’t mean.

And later, when the day of the competition finally came; there was more than one person that was hurt when Rittany didn’t show up.

Rittany had decided to skip out on the Dancing Dolls performance in unchartered Alabama and chose instead to take a meeting with the Purple Diamonds coach, Shanika Lee. So while everyone else was worried about Camryn taking over and was nervous about the upcoming Stand Battle against the unknown – Rittany was betraying them all. Because that how the other mothers saw it.

They were hurt she could betray the team so easily. And it’s not like they hadn’t missed her.

Frankly, the only person Rittany’s absence didn’t bother was Dianna. And that’s because Dianna didn’t even notice she wasn’t in the stands. At the time, she was caught up with seeing how her kids were doing and she was trying to give them as much support as she could.

And, for that matter, so were the mothers. Camryn’s mother was a complete wreck. She wanted her daughter to do well but had to prepare herself to comfort her daughter if anything went wrong.

Luckily, Camryn made them all proud with her solo but the Stand Battle was a real fight.

The Dancing Dolls had to dance against several teams in Stand Battles until they ultimately had to go against the Fierce Elite. The Fierce Elite were a well put together dancing team and even Dianna saw how much of a competition they were. They had poise, they had technique, and they weren’t afraid to look the Dancing Dolls in the eye.

Meanwhile, Dianna caught Camryn messing up, at best, a couple of times. Camryn it seems would forget she was in the front so there were moments she was hesitant about her next move.

Dianna was hoping the judges didn’t catch that, but she didn’t know these Alabama judges. So right up until the Dancing Dolls was announced the winner – the always confident Dianna had, for a moment there, turned into one of those nail biting worried coaches.

Thankfully, though, they won!