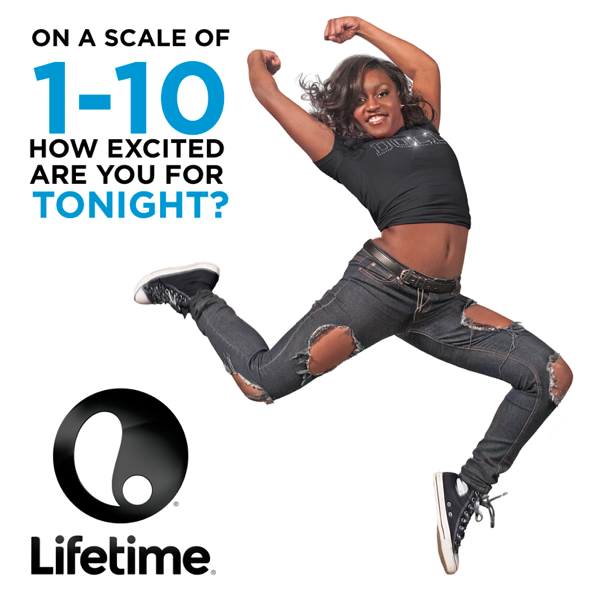 On Lifetime tonight Bring It! airs with an all new Friday February 6, season 2 episode 3 called “Hometown Showdown,” and we have your weekly recap below. On tonight’s episode, the Dancing Dolls face off against fierce cross-town rival the Purple Diamonds for the very first time since a controversial competition last season.

On the last episode, Tension ran high as the Dancing Dolls face archrival the Divas of Olive Branch for the first time since losing to them in the Battle Royale. Miss D hires male choreographers to give her girls an aggressive edge in the Hip Hop Trio category. Meanwhile, Selena and Tawantza bonded; and Miss D and the Divas’ coach get into a verbal confrontation that leads one of them to made a surprising decision. Did you watch the last episode? If you missed it, we have a full and detailed recap right here for you.

On tonight’s episode as per the Lifetime synopsis, “the Dancing Dolls face off against fierce cross-town rival the Purple Diamonds for the very first time since a controversial competition last season. Dianna reveals a surprising secret weapon that tests the dancers like never before, and the Moms confront Miss D after a risky decision causes them to fear for the girls’ safety.”

On tonight’s all new episode of “Bring It”, Ms.D wants to make peace with another leading dancing company – the Purple Diamonds. Apparently, at the last competition they were both in, there was a lot of inappropriate behavior and after last week Diana has reached limits about how much disrespect her team should be forced to take. So, before their upcoming competition, Diana called up the Purple Diamonds’s coach Shanika and she laid out some necessary boundaries.

Ms. D. told her fellow coach that she’s no longer going to be accepting any more crap from them and after Shanika made a formally apology on behalf of her team – the two women in a somewhat strained peace. However, not everyone was as willing as Diana to let the matters drop. The moms, for one, were defiantly argumentative when they heard their daughters were going to be meeting up with the Purple Diamonds at the Strut and Stride competition.

Usually, Diana scares the mothers to such an extent, these women never confront about her behavior or voice they don’t agree with. But this time they appear to be standing up for themselves. And the moms don’t want their daughters dancing against the Purple Diamonds.

The feud between the two teams began when the Purple Diamonds had won the last competition and they were telling the other team to kiss their backside. Yet, it seem like things had later escalated over social media. The girls began trading insults and eventually the mothers were in pulled into the rift.

So the reason the moms are upset is because they don’t want their kids to get hurt again and they feel like Diana is not taking that into consideration. But, after they confronted her, Diana essentially told them she was going to do whatever she wanted anyways. And so the only thing that happened after the moms bombarded her is that they now feel like they’ve done something.

And that just might start giving them ideas. Because not long after they tried to argue with Ms. D about the competition – there was a another thing the moms were upset with.

With this upcoming competition, Diana has brought back her secret weapon and unlike the many times before, Diana is not going to be merely using the guys this time too simply teach the girls a new dance step. The girls will actually be dancing with the guys. And the mothers, watching from the sidewalk, want to know what that means.

Are boys now allowed into the Dancing Dolls? Or is this hopefully just a one-time thing?

And then it came the day of competition. And all of a sudden the tension the Dancing Dolls had supposedly put aside came rearing back again.

Moms were freaking out and they were even putting Diana on edge. But there was one good thing that happened and that was the limited interaction between the Dancing and the Purple Diamonds. It seems the Purple Diamonds decided to only dance in the Stand Battle so they didn’t compete with the Dancing Dolls during the Creative Dance.

Yet, and here’s the thing, once the dancers took the floor there wasn’t any drama. Funnily, the Purple Diamonds, at one point, even appeared to be enjoying the Dancing Dolls’ creative dance. And no one made a comment about Sunjai’s costume falling off.

So, when the stand battle came around, there really wasn’t a need to start anything but the parents in the stand just couldn’t remain silent. And they of course started up a cheer for their girls. Then they later began “oohing” and “awing” when it was the Dancing Dolls’ turn.

If anything, the Dancing Dolls were the ones that came close to breaching the peace Diana had in fact arranged. They had ended up using dancers dressed as the Purple Diamonds in their routine and they did this because Diana wanted the other team how foolish they acted at the last competition.

And, well, people can take offense to that. Especially, when they’ve already apologized and have benched all childish behavior yet the Purple Diamonds didn’t retaliate. So when the Purple Diamonds later won – they could easily have gone back to their juvenile ways.

But they didn’t. Instead, after they won, the Purple Diamonds embraced the Dancing Dolls and let bygones be bygones.

The mothers, though, were angry to say the least.