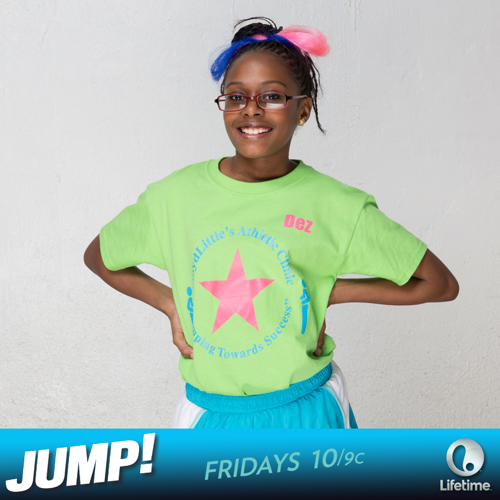 On Lifetime tonight Bring It! airs with an all new Friday April 17, season 2 episode 13 called “Road to Royale,” and we have your weekly recap below. On tonight’s episode, Miss D and the Dancing Dolls finally get a chance to go toe-to-toe with their crosstown rival the Purple Diamonds after losing to them at the beginning of the season.

On the last episode, coming off a surprising loss to Coach Quincy and the Baby Prancing Tigerettes in the Battle of the Babies, Miss D was out for retribution this week when the Big Dolls went head-to-head with the Tigerettes. Meanwhile, only one of Selena’s twin daughters managed to make cuts for the team’s 80’s-inspired creative dance routine and Dianna accused Quincy of stealing her choreography. Did you watch the last episode? If you missed it, we recapped it all right here for you.

On tonight’s episode as per the Lifetime synopsis, “Miss D and the Dancing Dolls finally get a chance to go toe-to-toe with their crosstown rival the Purple Diamonds after losing to them at the beginning of the season. Meanwhile, Miss D challenges head captain, Kayla, to take the reins and run practice as the team prepares for their high stakes rematch and Coach Traci from the YCDT Supastarz of Miami makes a surprise appearance at the competition.”

This week, the Dancing Dolls are going to be dancing on their home turf. But what set their upcoming competition apart from the rest is that it was to going to be about more than just doing proud in Jackson. This, the competition and the lead up, was in fact a test for Ms. Dianna and her team. For the Dancing Dolls had already embarrassed themselves one too many times and so they were going to have to redeem themselves on tonight’s all new episode and remind everyone in these parts just who the best was around here when they once again competed against, another Jackson favorite, the Purple Diamonds.

In case you missed it, the last time these two groups went up against each other it ended in the Dancing Dolls’ defeat. And as far as the Purple Diamonds are concerned that cemented their position as the team to beat in Jackson. However, before they began winning, that title previously belonged to the Dancing Dolls and now they want it back.

So, even though Dianna wanted to try something new this week, she found herself butting into Kayla’s practice.

Earlier, Dianna told her team captain that she was going to lead practice. Kayla has been captain for a while now and so Dianna wanted to give her more of a leadership role. Which in all honesty is what she did at first when Kayla was told to take charge of the rest of the girls. And on top of that Kayla was given a lot of leeway when she was told that could come down on them as if she was Miss. Dianna herself. But overall there appeared to be one problem during practice – Kayla can sometimes be too soft.

When Dianna challenged her teaching methods, Kayla immediately backed down when what her coach wanted to see was her protégé actually fight for her position. And then, as she continued to let Dianna point out everything she was doing wrong, she began to cry in the middle of practice. So her coach had to pull her aside and kindly advise her to toughen up.

If you’re going to cry then that’s something that can’t happen out in the open. Kayla was told to save that until she got home.

Kayla one day hopes to have her own studio and so Dianna is essentially trying to teach her student everything she knows in order to prepare her. And after they talked, Kayla did show more confidence in fron5t of the rest of the dolls. Plus, she took honesty to a whole new level when it was her turn to make cuts.

Her “friends” didn’t think she was going to be harsh but she was. And so that left several of them genuinely scared about their positions.

Though no one was as scared as Kayla. After all the entire competition was going to be resting on her shoulders. If they won then that meant she was a success and if they came in second again then that meant she failed as their leader. So on Competition Day, it’s safe to say Kayla wasn’t as excited as her own mother about people watching her efforts finally take effect.

However, speaking of people watching, I dare say no one expected to see Coach Traci from YCDT Superstarz be out in the stands. Yet she did show up and frankly Dianna was getting tired of the gawker/stalker. She mentioned that everytime she’s been turning around lately, she’s been seeing Traci.

And that wasn’t by accident either. Traci admits that she intentionally does that because she likes messing with Dianna’s head. But enough is enough and Dianna finally confronted her woman to woman. So after the two traded some cutting remarks about each other’s bodies – they had to each go their separate ways in order to watch the competition. You know the thing they came there for.

It’s not like Traci didn’t come all that way just to argue. She had purpose in mind when she chose to scout another team. See, she wanted to see for herself what she was potentially up against and what she saw was that the Dancing Dolls have been practicing since her team last beat them.

Whereas the Purple Diamonds disappointed her with their lackluster routine and even had someone fall in the middle of it, the Dancing Dolls somehow managed to impress even the jaded Coach Traci. And that could be good or bad depending on the way you look at it. Because while the Dancing Dolls came out with a new chair trick that had the audience on their feet, and that includes Traci who gave respect where it was due; it also showed the other coach how she could better her own team. So look out Miss. Dianna!

At the time, though, she was wasn’t really paying attention to Traci. And that’s because she was actually nervous.

Although Dianna felt like her kids deserved to win, admittedly she was just as sure the last time too when they lost. Hence, when the judges did make their final decision; though the dancing Dolls hoped for it – they were still ecstatic and somewhat surprised to have won back their title so easily.

And odds are that’s a win they knew they won’t be taking for granted!