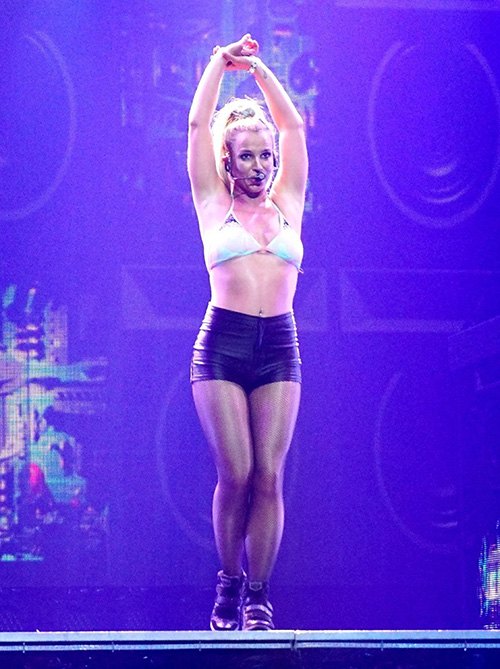 Britney Spears and Jennifer Lopez are reportedly at war over who’s the bigger Las Vegas queen! Britney Spears’s Las Vegas residency has breathed life back into her singing career, and for the first time in a long time she is on top again – granted it’s “on top” in the league of Las Vegas singers, but regardless she is loving being the center of attention again. But all that is about to change. Jennifer Lopez just landed her very own Las Vegas residency – at the same club that Britney Spears is performing. Naturally, Brit is freaking out because she doesn’t want J-Lo to steal her thunder.

In January 2016, Jennifer Lopez will begin her Las Vegas residency, but she just learned that Britney Spears was given a $5 Million pay raise – and is not happy that the popstar is making more than her at Planet Hollywood. It looks like there is about to be some serious bad blood between the two singers. And Britney is reportedly going above and beyond now that she has some competition – Jennifer thinks that Brit is trying to make her look bad.

A source close to the Las Vegas singers dished to In Touch Magazine, “Britney is stepping up her game, she has been showing up to shows very early and super prepared. These are by far the best shows of her run. Jennifer is super pissed at not only the way that Britney is acting, but also at the fact that Britney is making more than her. Much more. She thinks Britney has it out for her.”

Recently, the feud between J-Lo and Britney escalated to a whole new level. According to In Touch Magazine, Brit learned from a backup dancer that Jennifer Lopez had been talking trash about her behind her back and now she is out for revenge. Honestly, we’re pretty excited to see a couple of has-beens duke it out and embarrass themselves. Let the fireworks begin!

Are you Team Britney or Team J-Lo? Let us know what you think about their silly feud in the comments below!