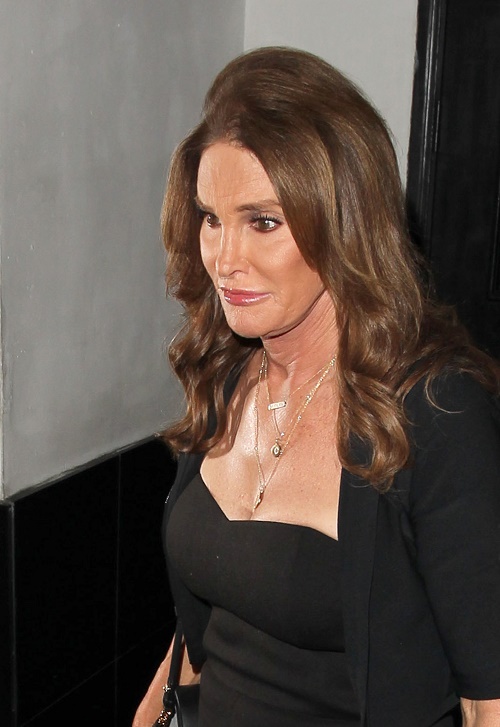 Caitlyn Jenner has been dodging questions about her rumored girlfriend Candis Cayne for weeks now. Caitlyn and Candis were first spotted together during Pride Festival in New York City, where Candis, who is also transgender, was singing at a club. Caitlyn and Candis were reportedly inseparable during the weekend – and they have been spotted together after the fact. It looks like Caitlyn’s E! reality TV show “I Am Cait” is paving the way for Caitlyn and Candis’s romance – and that is why Caitlyn has been mum on the issue. She didn’t want to leak any spoilers!

Candis Cayne made her debut on “I Am Cait” on Sunday, August 2. Although, in the episode, Candis and Caitlyn appear to be “just friends” at the moment. It was actually Caitlyn’s conversation with Rhonda that gave everyone the idea that Caitlyn and Candis really are dating. While Rhonda was helping Caitlyn pick out bathing suits, she tried to gossip with her about Candis – Caitlyn admitted that she finds Candis “very attractive” but she is a little worried about diving into the dating scene so soon after her transformation. But anyone who saw the scene where Rhonda was teasing Caitlyn about Candis can tell you that it is so obvious she has a crush on her.

Keep in mind that the scenes we are seeing on “I Am Cait” were filmed months ago, so it looks like all of the time that Caitlyn and Candis were spending on last night’s episode, combined with Caitlyn’s attraction to the LGBT club singer, has evolved into a real relationship – and the rumors about the two women dating were not that far off.

What did you think of Caitlyn and Candis’s chemistry on “I Am Cait?” Are they the next power couple? Should Kimye be concerned about being knocked off their throne? Let us know what you think in the comments below!