Caitlyn Jenner ‘Dancing With The Stars’ Debut: Val Chmerkosvkiy Volunteers To Be Her Pro Partner – Will She Accept DWTS Role? 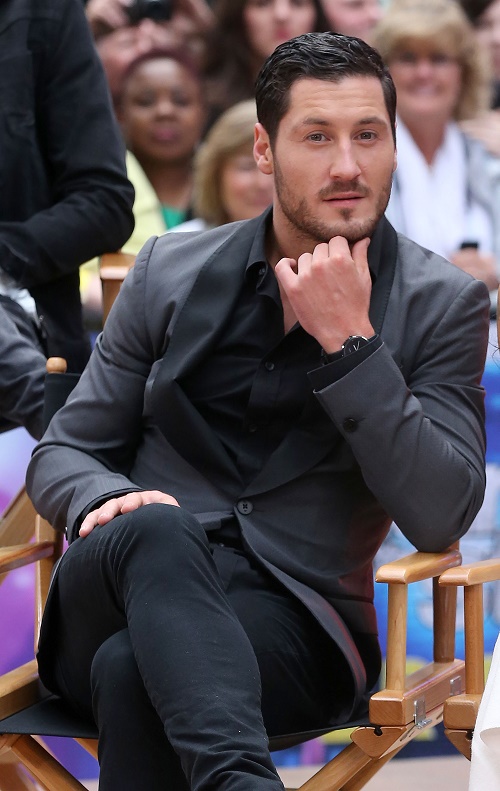 While no one from ABC nor Caitlyn Jenner’s camp has actually confirmed that she is even being considered for the next cast of Dancing With The Stars, she already has a pro dancing partner lined up! Apparently, recent Mirror Ball Trophy winner Val Chmerkosvkiy is dying to be partnered up with Caitlyn. And, seeing as how he and Rumer Willis just won the Season 20 championship, there is a good chance he could help Caitlyn Jenner do the same!

Val Chmerkovskiy dished to In Touch Magazine, “I’ll be Cait’s partner for sure. I’ve proven that I can win the show and I would love to have an opportunity to win it with someone that nobody else believes can do it. As long as you have the energy, I am in it to win it. She and I won’t physically match, but I volunteer!”

At this point, everyone at Dancing With The Stars seems to be on board with Caitlyn Jenner joining Season 21. The real question is…will Caitlyn have any time to attend daily rehearsals around her already busy schedule. She is one of the most sought after celebs right now, has photo-shoots and interviews scheduled well into next year, and is working on her own reality TV series on E! Network.

Do you think Caitlyn Jenner would do well on DWTS? With Val Chmerkosvkiy as her partner, could she take home the Mirror Ball Trophy? Let us know what you think in the comments below!