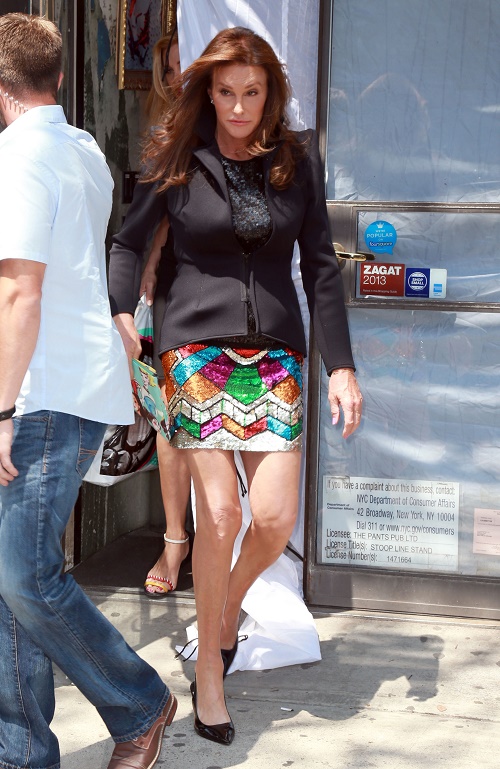 It’s bad enough that Caitlyn Jenner has totally outshined her ex-wife Kris Jenner, but now Caitlyn has moved on in the romantic department as well – and Kris is livid! Everyone is buzzing about Caitlyn Jenner’s rumored new girlfriend, fellow transgender Candis Cayne – a popular nightclub performer among the LGBT community. It is driving Kris crazy that everyone is so enamored with the new couple, she and Caitlyn (when she was still Bruce) were supposed to be the “it couple” and it never really caught on. Instead, Caitlyn dumped Kris and transformed into a woman – and now everyone loves her more than they ever did Kris!

According to the July 20 edition of Star Magazine, Caitlyn Jenner’s new girlfriend Candis Cayne was by her side during all of her appearances at events in New York City during the annual Gay Pride Festival. At one of the venues Candis got on stage and performed a song, and actually dedicated it to Caitlyn! Sources say that the “chemistry between Caitlyn and Candis was undeniable,” and they also went shopping together, hit the spa together, and even enjoyed a romantic dinner together while they were in NYC.

Since Kris and Caitlyn’s divorce, Kris has been flaunting around her hot new boytoy Corey Gamble – but no one seems to care. Kris honestly thought that she and Corey would be like the new Kim and Kanye, instead they are even being outshined by Caitlyn and Candis. And, this looks like another loss in the books for Kris Jenner. Karma really is a bitch.

The sad thing is, Kris isn’t jealous that her former husband has moved on with a new woman – she is jealous that everyone cares more about Caitlyn’s love life than they do about her love life. What do you think of Caitlyn’s new girlfriend Candis? Do you they make a cute couple? What kind of ridiculous stunt will Kris pull to try and one up them, start planning a wedding to Corey Gamble? Let us know what you think in the comments below!