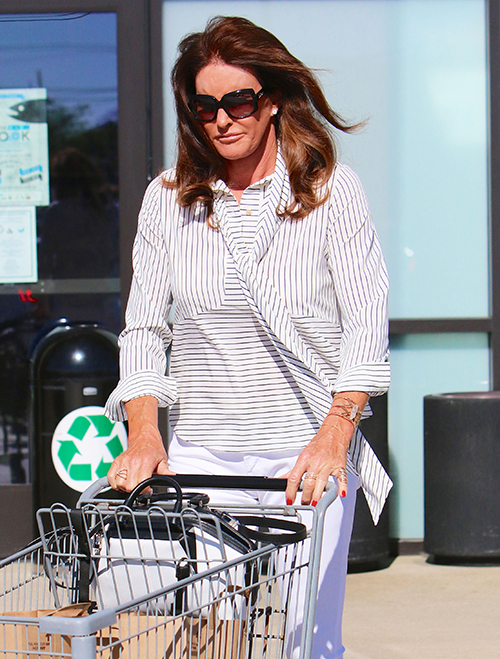 Caitlyn Jenner and Reese Witherspoon will be joining forces as the Glamour Women of the Year. The two very different women will be gracing alternate covers of Glamour’s 25th anniversary issue.

Some want to know why two women are receiving the Glamour magazine honor and have figured it’s because Caitlyn might not be everyone’s cup of tea. After doing a little digging, it turns out that 2015 isn’t the first year that Glamour decided to honor more than one woman and it also isn’t the first time one of those woman transitioned from being a man.

Prior to 2014, there has always been just one woman awarded Glamour’s top honor. That leads many to assume that the 2014 award was given to multiple women because they didn’t want to just award one woman who previously was male and upset their readers. Instead, Glamour gave the award to multiple women and had alternate covers made.

Reese Witherspoon very quietly did a lot in 2015. Reese received a Best Actress Oscar Nomination and has been pioneering for women on the red carpet. Despite putting out her own clothing label this year called Draper James, Witherspoon has been very vocal about red carpet interviewers asking more important questions than “Who are you wearing?”

Caitlyn Jenner is receiving a bit of criticism though. Readers want to know what Caitlyn did besides transition from male to female in order to deserve the honor. It’s a legitimate question too. In 2015, Bruce Jenner became Caitlyn Jenner and it took a lot of courage to transition in such a public way. That said, does Caitlyn deserve to sweep every award show for having gender reassignment? What else has she done?

In April, after many months (and even years) of speculation, a still-male Bruce Jenner interviewed with Diane Sawyer, admitted he was really a she on the inside and introduced herself as Caitlyn. Then, over the summer, Caitlyn starred in a docu-series called “I am Cait” for the E! Network.

Caitlyn already was given a Vanity Fair cover to tell the world who she is. Jenner was also recognized during the 2015 ESPY Awards when she receied the 2015 Arthur Ashe Courage Award. Now with Glamour giving Jenner another award, people are starting to wonder when it will end.