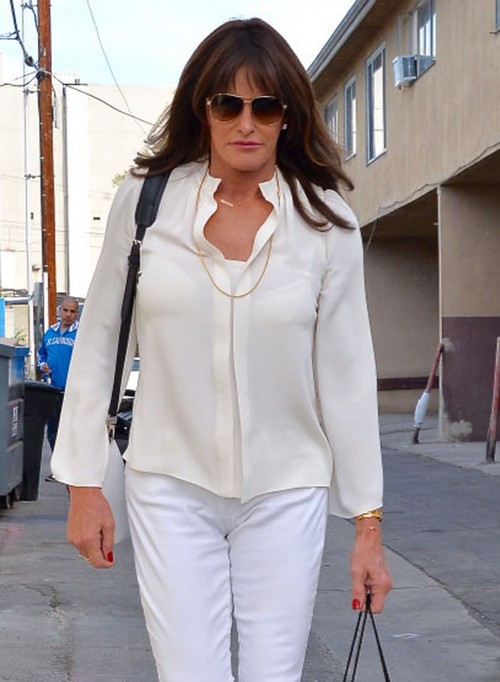 Caitlyn Jenner hasn’t been seen anywhere near Kim Kardashian or her new baby boy since her step-daughter gave birth Dec 5 – and some think the snub is because Jenner is sidetracked with glee after being named Bing’s most searched celebrity in 2015.

Caitlyn managed to make it to the family Thanksgiving dinner but that’s about all she can pencil in right now when it comes to the family because she’s too busy becoming the most famous member of the Kardashian and Jenner family.

It isn’t just the Kardashian and Jenner kids who are working every angle for fame these days. Caitlyn Jenner has been busily building her name up since announcing to Diane Sawyer last spring that she was planning to transition from male to female.

Understandably, there has been a lot of press surrounding Caitlyn she is one of the most famous people ever to transition and is a gold medal winner at that.

Since making the announcement back in April, Caitlyn has been much more prominent in the media and it seems to have gone to her head. Jenner has received many accolades including Glamour Woman of the Year and the 2015 ESPYs Arthur Ashe Courage Award. Caitlyn has been the face of a few anti-bullying and pro-trans campaigns as well.

On top of being incredibly busy, all this attention surrounding Caitlyn Jenner has caused some tension in the family and because of that, she’s been keeping encounters with her children brief. Caitlyn knows there is a three ring circus going on at Cedars Sinai where Kim Kardashian delivered on Saturday, December 5.

Khloe Kardashian was reportedly the first family member to get to Kim’s bedside but surely Kris Jenner is right behind her. Caitlyn is acting cordial and even posted for the family’s Thanksgiving photo but things aren’t as friendly as Kris would like everyone to believe.

Caitlyn Jenner will meet the baby eventually so Caitlyn is most likely avoiding all the stress of heading to the hospital for a visit and waiting for a time when Kim Kardashian is ready to introduce her new son to Caitlyn and until then, she will be enjoying her new life and all the attention it is bringing.