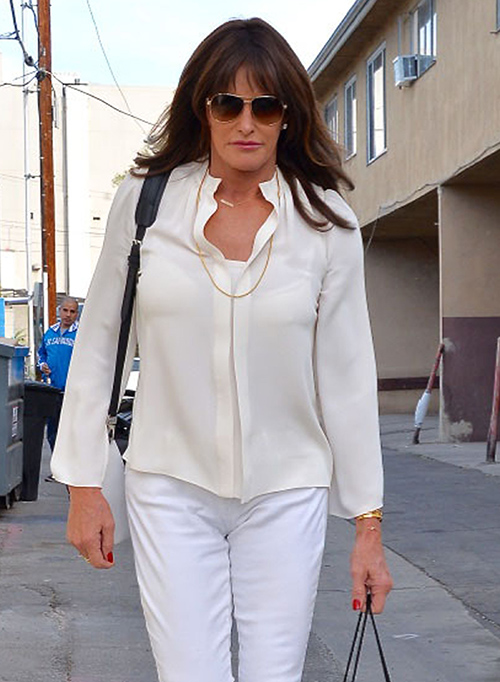 Caitlyn Jenner is being used by her brand new circle of transgender friends. The ‘I Am Cait’ star is reportedly paying Candis Cayne and other newcomers to her circle for appearances on her show. Apparently, that is just what Caitlyn’s new friends wanted and only spend time with the reality star for paychecks and to further their own careers.

Jenner became very close to Candis Cayne after her own gender transition and now Ok! magazine is reporting that Cayne really just wants to use Jenner for money and fame. Now those who have been close to Caitlyn Jenner are starting to think that, “pals like transgender actress Candis Cayne are exploiting Caitlyn.” It seems to have worked too because now everyone knows who Candis is and that certainly has benefitted her pocketbook.

There are even claims that Jenner is so lonely that she’s buying the love and adoration of her new friends. Ok reported, “She doesn’t realize she’s being used, because she thinks it’s fair to pay people who appear on the show.” The source also said, “But she’s so generous and eager to be loved, she just gives them however much they ask for! It’s sad.”

This year certainly has been a rollercoaster for Caitlyn, who just announced her transition to Diane Sawyer back in April. Since then, it’s been a whirlwind of reality specials, awards, and honors for Caitlyn. Naturally, the uber-public way that Jenner announced her transition and then went through it while the world watched was overwhelming. No one can understand what Caitlyn was going through more than another transgender friend so it makes sense that she bonded so much with Candis Cayne.

As CDL reported back in November, Cait’s own family have pretty much abandoned the transgender star in recent months. The Kardashians and Jenners have moved on with their own plans to keep themselves on top of the media game and have left Caitlyn out in the cold. Right now she has no one to lean on except for transgender friends such as Candis Cayne. If anyone is using Caitlyn Jenner for fame or money, maybe she should look to her own family. They are the ones who took off when the media frenzy died down.