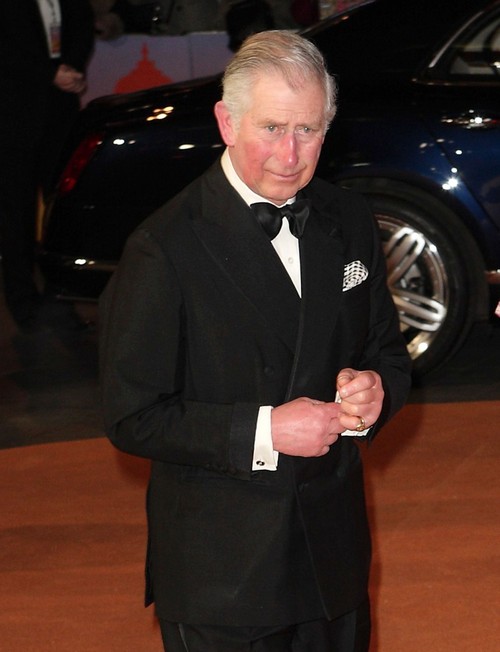 Camilla Parker-Bowles demands that Prince Charles get his ears fixed with plastic surgery before he ascends the throne! Prince Charles’ ears are famous, and other than being married to Princess Diana, cheating with Camilla Parker-Bowles and then divorcing – his flappy ears are one of the only things that anyone remembers about the possible future King of England. Although Queen Elizabeth desperately wants Prince William and Kate Middleton to take the throne when she steps down, Prince Charles is technically next in line. And, the Prince’s wretched second wife Camilla Parker-Bowles insists that he get his ears fixed with plastic surgery before he is crowned King, to save her the embarrassment.

According to the March 2nd edition of GLOBE Magazine, “Pushy Camilla has ordered Prince Charles to swallow his pride and get rid of his most prized possessions – his enormous Dumbo ears. Sources say the 66 year old Prince is actually proud of his stick-out ears, treating them as his trademark and God’s gift. But, Camilla insists that while there is still a chance of grabbing the Throne, her hen-pecked husband must get rid of his ginormous jugs.” GLOBE’s Royal Family insiders reveal that Prince Charles has been making top-secret visits to the Harley Clinic for consultations on his ear surgery.

We have no doubt that Camilla Parker-Bowles would force Prince Charles to get his big, flappy ears fixed – regardless of the fact that he has been rocking them for 66 years. What is really blowing our minds is that of all the things Camilla and Prince Charles could be doing to prepare for taking over the Throne – they are getting plastic surgery. Because, you know you can’t rule England with Dumbo ears. On a scale of 1-10 how ridiculous do you think it is that Camilla is making Prince Charles get his ears fixed before he is crowned King? Don’t you think maybe they should be studying up on current events or policies rather than grooming themselves to take the spotlight? Let us know what you think in the comments below!