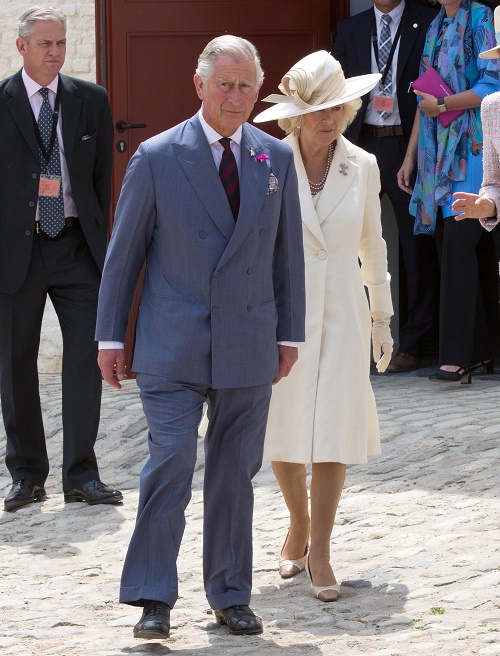 Prince Charles’s wife, Camilla Parker-Bowles, is pushing 70 years old. From an outsider looking in, the Duchess of Cornwall would appear to be in tip top shape for a 68-year-old with an alleged boozing problem, and all of that is thanks to plastic surgery. In 2004, England was in an uproar when the late Princess Diana’s hubby Prince Charles revealed he was marrying his wretched second wife Camilla Parker-Bowles. Camilla knew that all eyes would be on her when their wedding day arrived, and she was determined to look her very best – so there wasn’t any fuel for her skeptics to use against her.

According to an all new report from OK! Magazine, Camilla went under the knife and got liposuction and a tummy tuck for the big day. OK! Magazine’s inside source dished, “The procedure resulted in a lot of pain and swelling, she was in agony if she turned or stretched. And, she was in a panic that it might affect the wedding plans. Fortunately, they initiated some rehab that got her back on track. Plus, if you wear a funny hat, no one will even pay attention to your tummy.”

Ironically, Camilla Parker-Bowles did not receive the attention she anticipated and she learned the hard way that no matter how flat your tummy is – that doesn’t mean the world will love you. So, basically, she went through all that pain and agony for nothing. Even with a tummy tuck and liposuction England was unimpressed with Prince Charles’s second wife. Apparently, looks aren’t everything. Guess people really do like Kate Middleton for more than just her appearance. Whatya know?

Do you think that Camilla has continued to get work since her pre-wedding tummy tuck? How does she manage to stay so slim, and drink so much? Let us know what you think in the comments below!