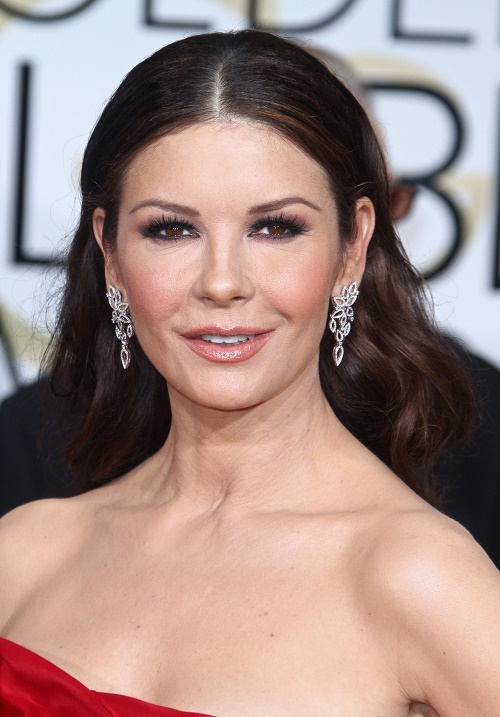 Catherine Zeta-Jones was spotted chain-smoking on a Manhattan staircase appearing to have some sort of breakdown. The actress’s marriage and career are both in crisis, and that coupled with her pre-diagnosed mental illnesses and bipolar disorder seem to be taking a toll on her. Eyewitnesses dished to National Enquirer that Catherine Zeta-Jones appeared distraught and disoriented while sitting outside in Manhattan.

The July 6 edition of National Enquirer reveals, “Catherine appeared haggard and miserable. She appeared at the end of her rope and is clearly battling a lot of issues!” Just a short week after the sad display in Manhattan, Catherine’s husband dragged her along with him on a trip to Israel. According to the magazine’s insiders, Michael took Catherine with him and the kids because he didn’t dare leave her home alone, unsupervised.

Catherine Zeta-Jones actually checked herself into a mental health clinic back in 2013, and her husband fears that she is headed back there. NE’s source added, “Michael is really worried about her. She has reactions with her meds, and issues with keeping her anger in check. She flies off the handle at the smallest thing.”

Anyone with any sort of emotional or mental disorder can tell you that it is nearly impossible to keep yourself in check when you under extreme stress. Catherine seems to be under more stress than she can cope with. The Oscar-winning actress hasn’t had a hit movie in over a decade, and her marriage has been reportedly on the verge of a divorce for years, not to mention the fact that her husband is a cancer survivor and they are still trying to raise their kids together.

Do you think that Catherine is going to wind up checking herself back in to a treatment center? Could a divorce actually help the troubled actress right now, and alleviate some of the stress in her life? Let us know what you think in the comments below!