Cathriona White Participated In Grueling Scientology Course Months Prior To Suicide: Sent Her Over The Edge Mentally? 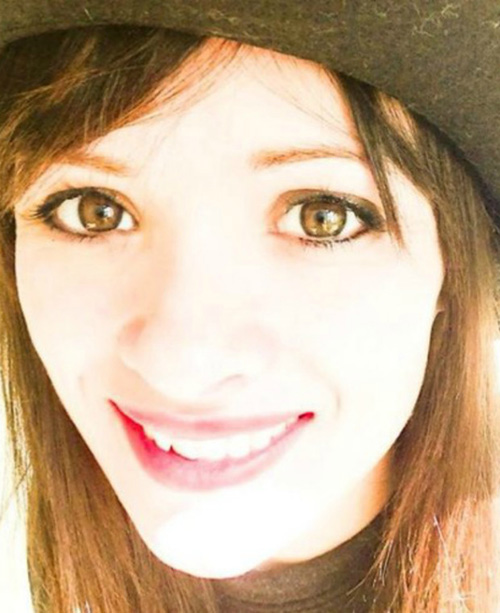 Cathriona White’s friends and family have been scrambling for answers since her untimely death. It was just revealed that Cathriona was an active member of the Church of Scientology and some are wondering if the church had any involvement in her death. It seems the Irish makeup artist kept much of her life private and those closest to Cathriona are just now finding out some major details of her life that Jim Carrey’s ex-girlfriend never shared.

White’s friends and family in Ireland had no knowledge of her involvement in Scientology. There are reports that Jim Carrey knew of White’s involvement. Cathriona’s family is Catholic and news of her participation in any other religion has come as a surprise. Now some are questioning her involvement in the controversial religion and how it might have led to her death.

Tony Ortega is a journalist, best known for blogging daily about the Church of Scientology. Ortega uncovered details about Cathriona’s involvement in Scientology and says that White had become heavily involved in the trendy religion. According to Ortega, Cathriona had been taking classes at the Hollywood Celebrity Centre for months before her death. The journalist and Scientology critic claims that Cathriona White had been involved in Scientology since shortly after coming to the United States a few years back.

According to Tony Ortega, Cathriona White’s friends told him that the makeup artist had completed the Purification Rundown. She was working through a Survival Rundown course that required hundreds of hours of work in order to finish. Ortega claims that Cathriona had been working on the course but had been stalled for about six months and was trying to push through that and complete the Survival Rundown.

Ortega has written about the Survival Rundown previously and has made several shocking claims about the Scientology course. He says the course is required to all Scientologists but that it is very difficult. Ortega even goes on to say that the Survival Rundown course required by the Church of Scientology can make some people lose it mentally and Ortega is even suggesting that this may have happened to Cathriona White.

Leaders of the Church of Scientology are blasting reports that Cathriona’s suicide might be at least partially due to her involvement in the church. Karen Puow recently spoke on behalf of the Church of Scientology, “Saying that somebody was studying Scientology in the past and connecting that to a suicide is like saying a person who had previously studied the Bible committed suicide. It is sad and reprehensible that a paid anti-Scientologist like Tony Ortega is exploiting this terrible tragedy involving a young woman: it’s a sign of outright bigotry.”

The church historically has been defensive when an outsider questions their practices or how they might affect someone’s health. It is common knowledge that Scientologists don’t take medication for mental illness and instead rely on vitamins and training. There are photos of Cathriona White receiving vitamins through an intravenous drip posted to her Instagram just six weeks prior to her death.

Cathriona White is thought to have died from a drug overdose and a suicide note addressed to Jim Carrey was found near her body. The actual cause of death won’t be uncovered until after the autopsy is completed.