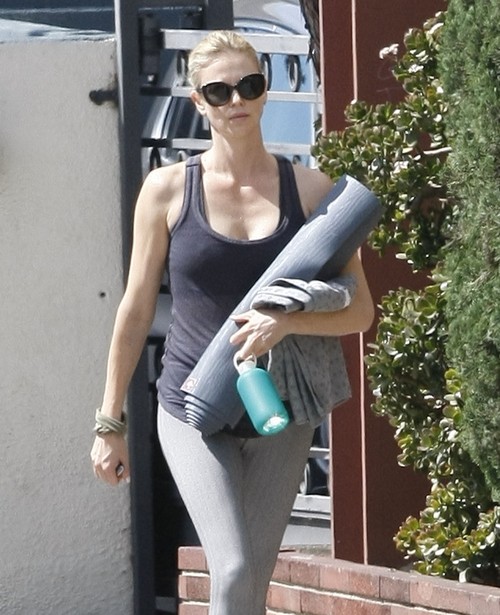 A-List actress Charlize Theron has legions of diehard fans – but her co-star Nicholas Hoult is not one of them, as a matter of fact he can’t stand Theron! In 2012 Charlize and Nicholas starred in the movie “Mad Max,” but they didn’t exactly hit it off. Now, they are working on a new film titled “Dark Places,” and according to inside sources the title is very accurate to the mood on set. Hoult can’t stand his co-star Charlize Theron, and he is fed up with her diva antics.

An insider on the “Dark Places” set dished in this week’s edition of OK! Magazine, “Nicholas hasn’t liked Charlize since they filmed Mad Max in 2012. Nick has apparently been rupped the wrong way by Charlize’s A-List attitude. She walked around like she owned the place and would glare at anyone who made a suggestion about a scene. She would snap at the crew and retreat to her trailer after a take. He found it mortifying.”

We don’t doubt Charlize Theron is a total diva, but she did just endure a messy break-up from her longtime boyfriend Sean Penn. So, perhaps her bad attitude is related to her personal problems. Then again, Nicholas Hoult isn’t exactly a ray of sunshine lately, he recently tried to reunite with Jennifer Lawrence and got publicly shut down during a screaming match at a restaurant. Both Nicholas and Charlize’s love lives are in total disarray – it’s no wonder the “Dark Places” set is not a happy work environment. As a matter of fact, we feel sorry for the crew and their co-stars, Charlize and Nick are probably both miserable to be around right now.

Are you looking forward to Charlize and Nick’s new movie? Will they be able to get over their relationship problems and finish filming on a good note? Let us know what you think in the comments below!