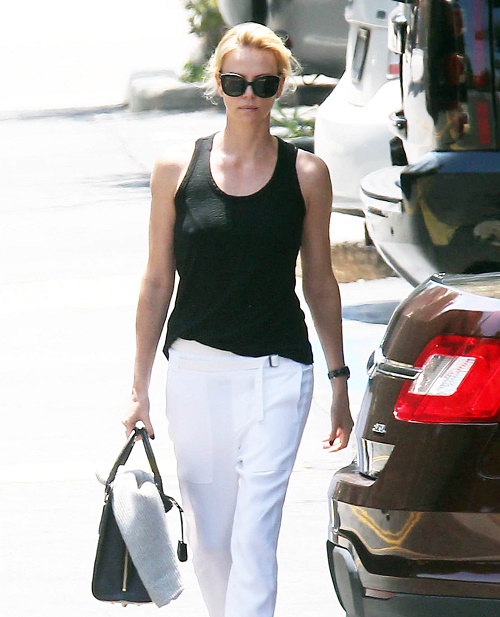 When Charlize Theron and Sean Penn began dating in 2013, no one thought that it would last, especially taking in to consideration their 14 year age difference. But the actors seemed to be in it for the long haul and proved everyone wrong when they got secretly engaged last year. However, when Charlize and Sean were ironing out the details of their wedding the couple shocked us all and broke up, Charlize called off the engagement.

Charlize Theron and Sean Penn lasted two whole years. Why did Charlize suddenly have a change of heart right before their wedding? According to a report in the July 6 edition of Lie & Style Magazine, the actress got “cold feet” because her future husband was smothering her, and trying to control her every move. An insider dished to Life & Style, “Charlize really loved Sean and thought he was going to be the man that she married. But, it was all moving a little too fast. Sean was too controlling. Charlize is very self-sufficient and doesn’t rely on men for anything, and Sean really resented that.”

Charlize Theron may have been “really in love” with Sean Penn, but she seems to be doing just fine post breakup. Sean, on the other hand, is a different story. The 54-year-old actor already has two divorces under his belt, and was really hoping that he would get a happy ending with Charlize. Life & Style’s insider went on to say, “Charlize really broke Sean’s heart, it is going to be a long time before he recovers.” And, this is just another example of why 14 year age gaps don’t usually end well – Sean thought he had found someone to settle down with and spend the rest of his life with, and now he is 54 years old and back at square one. Charlize on the other hand is only 40 years old, and she has plenty of time to find Mr. Right.

Do you think there is still hope for Charlize and Sean, could they get back together? Or is it really over? Let us know what you think in the comments below!