Charlize Theron, Sean Penn Breakup: Engagement Called Off By Theron – Suddenly Fell Out Of Love Or Cheating To Blame? 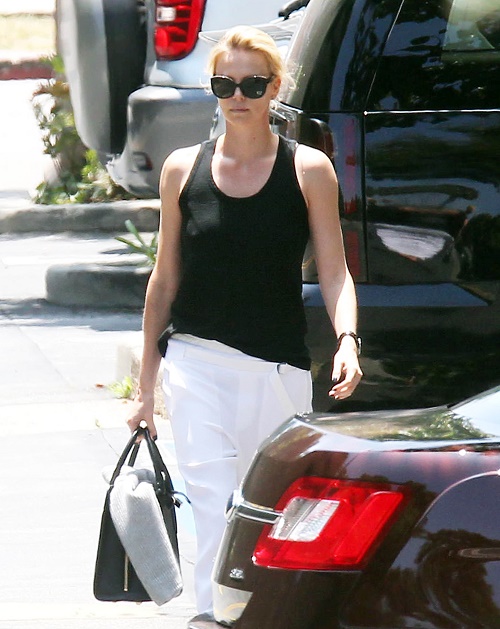 Charlize Theron and Sean Penn have officially ended their short-lived engagement. The death knell sang like an out-of-tune opera singer following the couple’s awkward, hobble-knee appearance on the red carpet at the Cannes Film Festival in the south of France. Sean cheating might be to blame, as this news surfaced back in February.

Although I’m South African, Theron (pronounced Tuh-ron, not Thairun) is as far removed from South Africa as that second-cousin we speak about in hushed tones. Described as “down-to-earth,” Theron’s recent, two-month relocation to Cape Town (the place I like to call home) was filled with glorious niceties. In August of 2014, the couple, along with her mother Gerda, her son Jackson, and a host of other friends celebrated Penn’s birthday at a rustic restaurant in Langebaan. According to a local news report, “During the day, Jackson played with a Chihuahua named Peanut, whose owner, Lynette Krige, was seated at a nearby table. Krige, a travel agent from Durbanville, told Die Burger: ‘Charlize asked me if I minded her son playing with Peanut. She didn’t want him to bother us.’”

Theron’s gentile personality soon became a force to be reckoned with on the set of The Last Face, Penn’s directorial magnum opus. Starring in the lead role, Theron erupted like a volcano on an uninhabited island during a particular scene. Photos emerged of a weeping Theron and a crazy-faced Penn going at it like a married couple. Could it have been creative differences that caused the enmity between them? Or was it something far more insidious?

The white elephant is trapped in the room – should we address it? At the behest of rumour mongers, I am forced to ask an impertinent question: was Penn’s abusive past the catalyst for the break-up? Theron’s infamous childhood (her mother shot her father in self-defense) didn’t create a malevolent, Jungian archetype that simmered in her nightmares like a bad witch’s brew.

I firmly believe that Penn’s history with women is not to blame for the couple’s breakup – history only repeats itself when an unnerving coincidence occurs. Their relationship simply didn’t work. That’s all there is to it.

As an entertainment writer, I pride myself on uncovering the secrets of celebrities in a land far, far away. The same cannot be said for Charlize Theron. Although she became a naturalized US citizen several years ago, I still think of Theron as the young girl from Benoni who won a modelling competition the day after her father’s death. I shall never forget the moment when Charlize held the Academy Award triumphantly above her head and called herself “just a farm girl from South Africa”.

*We shall always be proud of our South African girl.