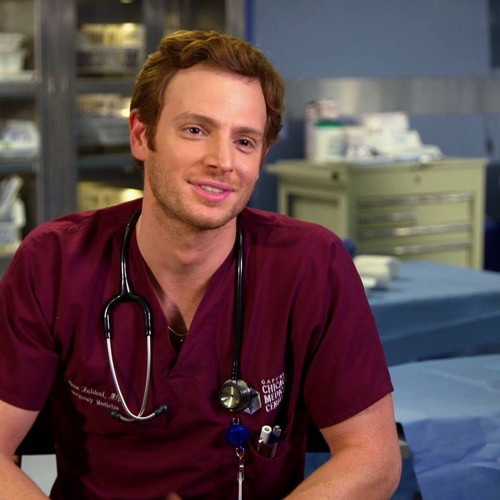 Tonight on NBC their new medical drama Chicago Med premieres with an all new Tuesday November 17, season 1 episode 1 called, “The Green Branch,” and we have your recap below. On tonight’s episode an elevated train crash brings Chicago to its knees and stretches the hospital to its limits in the series premiere of this drama.

For those of you who don’t know, daily hospital chaos plays by the courageous team of doctors who hold everything together in this “Chicago Fire” spin-off.

On tonight’s episode as per the NBC synopsis, “an elevated train crash brings Chicago to its knees and stretches the hospital to its limits in the series premiere of this drama, a “Chicago Fire” spin-off about a state-of-the-art trauma center and its staff. Oliver Platt and S. Epatha Merkerson star.”

Tonight’s season 1 premiere is going to be exciting. We’ll be blogging it right here for you. In the meantime hit up the comments section and tell us your thoughts on this new show.

It was Dr. Connor Rhodes’s first day on the job and unfortunately he was late for work. The train he had been taking had been involved in a horrific accident that had injured hundreds of people trying to go about their daily commute. So the very first time that Connor saw his coworkers was when he came riding in on a gurney conducting emergency CPR.

And though Connor seemed like a nice guy, no one liked being introduced to a boy wonder. That is unless they were part of the female staff.

As for the guys, they did their best to ignore Connor and simply focus on the many cases at hand. Dr. Will Halstead for instance had a patient that at first seemed as if she might have been braindead. Yet Gina did eventually respond to being touch. So Will had to delve a little deeper into her case because it might be the difference between whether or not the child she was carrying could actually make it to full-term.

Gina you see had been a surrogate. She had apparently met a nice couple and had agreed to carry their child in return for them paying her medical expenses as well giving her board. However Gina was twenty-four weeks along and that meant any treatment she might receive could very well put the baby at risk of a premature birth.

And fourth year resident Reese also had her hands full with Rachel. Rachel was a little girl that had been injured in the train wreck and initially her vital looked good. But then she crashed out of the blue and it was Reese’s job to resuscitate her. Though to do so she had to break the little girl’s ribs.

Yet Connor out of all of them had been given Jamie Delson. A young man who had unfortunate fraught history with his health and was at best looking at the next couple months instead of years. So it was a busy day in the emergency room and it didn’t help matters that Connor and Will later got into a pissing contest.

Will though had been the one looking for a fight so it was not that surprising he went looking for Connor. Will was a resident and Connor had received a fellowship. Will grew up rough but it seems that Connor was raised with a silver spoon in his mouth. So Will found plenty of reasons to fund his distinct dislike of the other man and none of it had been fair.

But there had been a couple that earned Will’s dislike the good old fashion way. For it looks like that nice couple that Gina had met had vanished the second they heard her need for surgery could very well risk their unborn child’s life.

It turns out the parents have a strong contract in place. While Gina is pregnant, the parents essentially have control over her body. In fact they even have power of attorney and so they’re using that to deny Gina surgery.

Later Will and fellow doctor Natalie Manning tried to talk the parents out of their decision but that came nothing. And neither did using legal’s help in order to find a way to void the contract. So their last line of defense was Sharon Goodwin. The hospital’s chief administrator and a woman of good sense.

And most importantly Sharon managed to do what the others couldn’t.

She talked the parents into allowing Gina to have her surgery and it all worked out for the best. Gina made it out of surgery ok and the baby survived. So the Donoghues didn’t lose their last chance and from all appearances they’ll be parents to a healthy baby in the next couple of months.

As for Connor, he wasn’t really a bad guy. He helped young Jamie find a donor and that meant Jamie’s life expectancy can go back up. Which is a great thing because Jamie was a pretty good kid that most of the staff considered a personal friend.

But what set Connor apart from his sudden reputation for being arrogant was the fact he spoke with the intern Reese and managed to convince her that there wasn’t a problem with treating live patient. It seems that breaking the girl’s ribs had stuck with her and she thought life in the lab might be better. And it could have been but Connor didn’t want her to give up so easily on working with patients.

So she was talked into giving the live ones another shot.

And, once the ER had finally been cleared out, Nat went home with her friends who then helped her set up the crib for her own baby. Unfortunately her husband had died overseas so she thought she would be raising her child by herself. And her friends found a way to say that they were willing to be her village for when the baby comes.