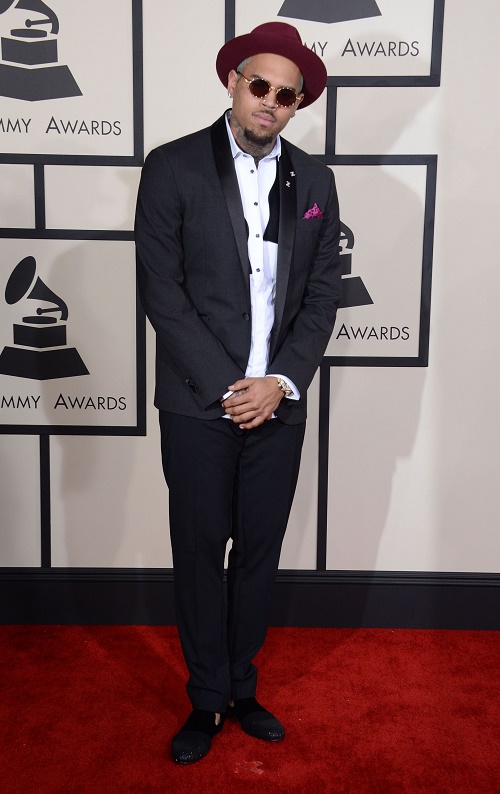 Chris Brown is a walking, talking cliche, so of course he named his baby daughter ‘Royalty’. In his mind, she probably is royalty, even though he spent the last nine months [and probably more] hiding the truth from the media.

As we all know by now, Chris Brown secretly fathered a nine-month old baby girl with a former model and close acquaintance, Nia Gonzalez. Chris Brown reportedly found out about his role as a father recently, which might have explained his silence for so long. Either way, Chris has reportedly stepped up to take responsibility for raising the child, and sources close to him confirm that he’s reacting to the news in a very positive manner.

In fact, TMZ claims that Chris Brown actually plans to support Royalty financially, even though there had been no formal custody or financial arrangement in place. Plus, even though Nia Gonzalez and Royalty are both based in Texas, Chris is reportedly planning to fly out there frequently to see his daughter – not to mention send regular custody payments and stay in touch with Nia.

I still find it shocking that this news flew under the radar for so long, but I guess kudos to Nia Gonzalez for not being a famewhore about her own child. Most people – had they gotten pregnant and had Chris Brown’s baby – would have gone to the media the first thing they knew, and they would have capitalized on the attention to gain a massive payday. Nia Gonzalez seems to have gone in the opposite direction and stayed as quiet as possible, even allegedly telling some other man that he was the father. Although that has yet to be confirmed, by now, everybody knows that this is Chris Brown’s baby – and that her name is Royalty.

What do you guys think about a baby girl being named ‘Royalty’? Ridiculous, or expected when you consider the father? Let us know your thoughts in the comments below.