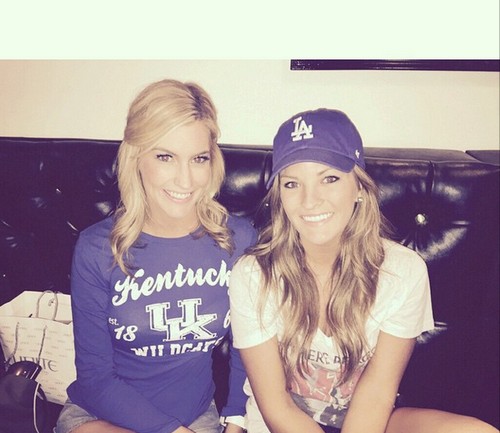 Chris Soules and Whitney Bischoff’s break-up is still fresh – and Bachelor fans are shocked that the couple called off the wedding and went their separate ways. Although, they really shouldn’t be, Chris and Whitney’s relationship was basically doomed since it began during the final rose ceremony. Anyone who watched Chris’s season of The Bachelor can tell you that Whitney Bischoff won the final rose by default. Chris Soules desperately wanted to choose Becca Tilley, and gave her multiple chances to change her mind – but Becca was adamant that she wasn’t ready to get married.

According to our Bachelor insiders, Chris Soules was still talking to Becca Tilley after he was engaged to Whitney Bischoff – and he made it very clear to Becca that he was still interested in her. But the Louisiana native shocked Chris Soules by ratting him out and choosing “sisters over misters.” Our source explained, “Becca told Whitney that Chris was still talking to her. She exposed him out of spite because he didn’t choose her in the finale. Becca is really bitter and she wants nothing to with Chris, so she told Whitney the truth – that he was still trying to talk to her behind Whitney’s back.”

After Chris Soules and Whitney’s breakup over Becca Tilley, Becca took to Twitter to slam any and all rumors of her getting back together with Soules. Becca tweeted, “Ya’ll are funny – get back together with that guy who didn’t choose you in the first place.” Are you surprised that Chris Soules was that grimy and tried to hook up with runner up Becca Tilley behind Whitney’s back? Do you blame her for breaking up with him? Let us know what you think in the comments below!