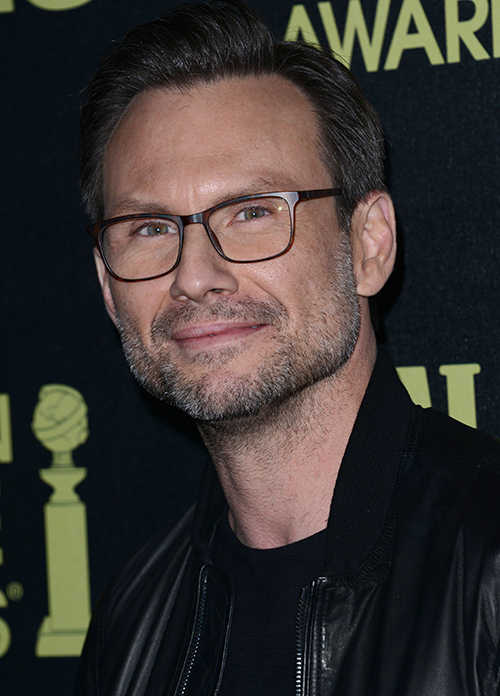 Christian Slater has allegedly disowned his destitute dad Michael Hawkins. The actor’s father claims Slater refuses to allow his children to meet Grandpa Michael. Hawkins was recently photographed at the First Baptist Church in Los Angeles waiting in line for a hot meal. Michael told the National Enquirer that Slater has disowned him, “[Christian] wants nothing to do with me!” the former soap opera star revealed. The exclusive photo shows a nearly toothless Michael sitting in a camp chair and with a few bags with what remains of his clothes and possessions.

If being disowned, destitute and alone weren’t enough, Michael claims Christian won’t let him see his grandchildren. “[Christian] has teenage children I have never met. It’s very sad,” Hawkins shared. Father and son haven’t had any contact, according to Michael, in over a decade.

The last time Slater saw Hawkins was in 2004 when Christian was staring in “One Flew Over the Cuckoo’s Nest.” Michael revealed that at the time Slater embraced him and introduced his father to then-wife Ryan Haddon.

According to Michael Hawkins, ex-wife Mary Jo Slater is the one to blame for the deterioration of the Hawkins relationship with Christian Slater. Hawkins alleges that Mary Jo poisoned their son against him – and Mary Jo is also responsible for Michael being blacklisted in Hollywood. Hawkins claims Mary Jo Slater turned the entire show business community against him.

But that doesn’t seem to be the way Christian sees things. In a recent interview to promote the film “Nymphomaniac,” Slater revealed that Michael has “always been trouble.” Christian alleged in the interview that Michael suffers from mental illness – namely manic-depressive schizophrenia.

Born Thomas Knight Slater, the 80-year-old actor found gainful employment staring in soap operas and movies in the 1970s and 1980s. Michael’s career came to an abrupt halt in 1988 after a bit part in the movie “Midnight Run.”

Now Hawkins is in a dire and desperate situation and claims his famous son Christian Slater refuses to help. The only people who seem to care about Michael Hawkins are strangers who serve meals at the First Baptist Church and at a food bank in Hollywood.