Christina Aguilera Drunken Mess at Seth MacFarlane’s Christmas Party – The Voice Judge Had to Be Carried Out? 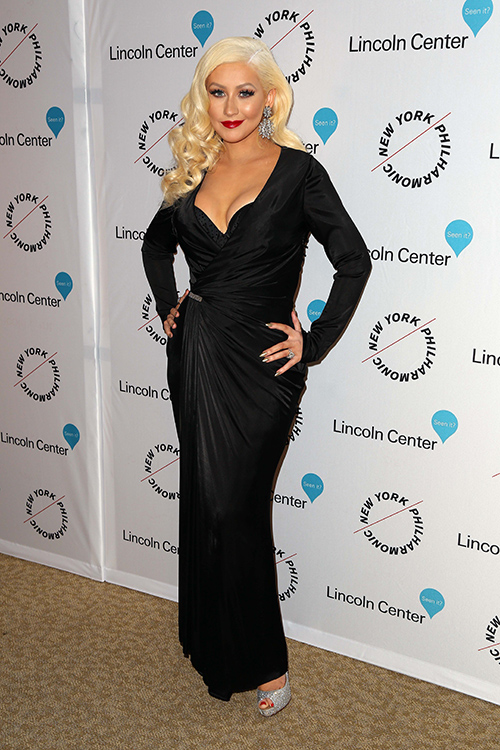 Christina Aguilera was such a drunken mess at Seth MacFarlane’s Christmas party that ‘The Voice’ judge had to be carried out! After drinking way too much, Aguilera was stumbling and nearly fell into a Christmas tree as she tried to leave the holiday party hosted by the ‘Family Guy’ creator.

Seth MacFarlane threw a festive holiday bash packed with celebrities. Ted Danson, John Stamos, Zac Efron, Adam Carolla, Cheryl Burke, Darren Criss, Bill Maher, Katharine McPhee, and Meghan Trainor were just a few of the celebs in attendance, but Christina Aguilera made the biggest splash at the party. Seth and his famous pals partied at his home in Beverly Hills. MacFarlane took the stage he had set up on his festively decorated tennis court several times to sing with his friends, but every time he invited Aguilera to join him – she refused.

“Seth asked her five times to come up [and sing] and she refused,” a fellow partygoer told Page Six. “She was a mess. The reason she didn’t get up is because she was wasted.” Basically, Christina Aguilera was too drunk at Seth MacFarlane’s Christmas party to sing or even walk out the door on her own. “Aguilera’s man (Matt Rutler) and her girlfriend had to hold her on each arm walking out. She was wearing 6-inch custom Louboutins. She was literally wobbling and she nearly fell into a Christmas tree,” the source detailed.

This isn’t the first time Christina Aguilera has been caught drunk. In 2011, the former Mouseketeer passed out in Jeremy Renner’s bed during his birthday party. Witness at Renner’s party also stated she was a drunken mess and Matt Rutler had to keep her under control. That same year, she was arrested for public intoxication, but was never prosecuted.

What do you think of Christina Aguilera being a drunken Mess at Seth MacFarlane’s Christmas Party? Let us know your thoughts in the comment section below and keep an eye on CDL for more news and updates on Christina Aguilera.