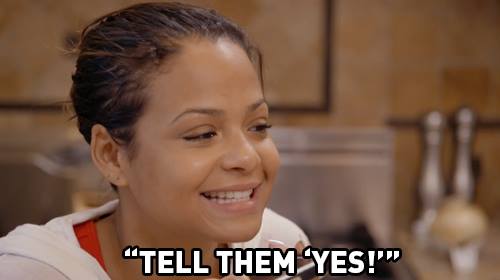 Tonight on E! Christina Milian Turned Up returns with a whole new Sunday February 15, season 1 episode 4 called, “Oh, Say Can You Sing,” and we have your weekly recap below. On tonight’s show, Carmen has a bad feeling about Christina performing “The Star-Spangled Banner” at a Los Angeles Dodgers game.

On the last episode, Christina considered twerk class and plastic surgery as ways of making her backside bigger; Danielle received a career opportunity; and Lizzy removed a taboo tattoo as part of her conversion to Judaism. Did you watch the last episode? If you missed it, we have a full and detailed recap right here for you.

On tonight’s episode as per the E! synopsis, “Carmen has a bad feeling about Christina performing “The Star-Spangled Banner” at a Los Angeles Dodgers game, and it turns out for good reason when the singer loses her voice right before the gig. Elsewhere, Lizzy searches for a nice Jewish guy to love.”

Tonight’s episode is going to be drama packed, which you won’t want to miss. So be sure to tune in for our live coverage of E!’s Christina Milian Turned Up Season 1 episode 4 — tonight at 10PM EST! While you wait for our recap, hit the comments and let us know how excited you are about the new show.

Christina is finally going to accept an offer to sing “The Star-Spangled Banner,” which she has always refused to do out of fear. She says she is doing this because she wants to conquer her fear.

Christina goes shopping with her friend Karrueche, and talks about how her “fans” are expecting an evolution for her next album, so she doesn’t want to do the cliche r&b songs she would be expected to do.

She brings in a vocal coach named Stevie. He says the national anthem is her chance to show off her voice.

“It’s been a while since I’ve sung live, so there’s a lot of things that can go wrong,” she says in confessional. Her vocal coach says emotion is so much more important than doing everything right.

Christina goes to the studio to continue working on new music. She says if she got dropped from her label again she wouldn’t know what to do.

Her sister Liz gets home from a date, and she immediately grills her on it. She says they went rock climbing and she was wearing a skirt, and that there was chemistry on the date.

With a couple of days before the national anthem performance, Christina has gotten sick. She makes a frail attempt to sing the song she couldn’t sing when she was well, then doubling over and coughing.

She doesn’t want her mother to say that she told her so, as she gave advice not to overexert herself. However, she does come in and lecture her, telling her she should not have accepted this offer when she already had such a busy schedule.