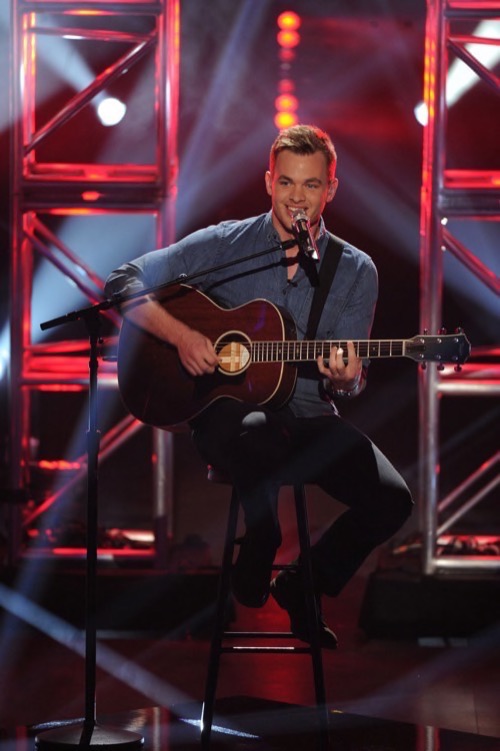 Clark Beckham sang, “Your Man” by Josh Turner this week for for two themes: I am What I am and Judges Hometowns song choice. The Top 4 will really have to bring their A game tonight to stay around for another week, we expect a higher level of performances as the contestant pool diminishes as we head towards the finale. Did you watch tonight’s performance show? Just in case you missed tonight’s show we have you covered and you can read our full and detailed recap here! Did you miss any of the videos tonight? If you missed it we have the video, right here.

On tonight’s episode Clark sang “Your Man” by Josh Turner and this is what the judges said about his rendition:  Jennifer Lopez begins the critiques, “There was some controversy there, should you sing the song or should you not sing the song?  I thought you sang it well, but that is not the point.  The argument is, is this the type of musician you want to be?  But, you’re on American Idol.  Is this the right song for that?  Is this your gravy song?  Your earlier performances blew us away, and this song didn’t do that.  That’s what your mentors were talking about.  How far do you want to go?”  Harry Connick agrees, “What it really boils down to is hyper-sensitive song choice.  You need to think if this is the last song I have could I win on this song alone?  Nobody can drop the ball now, you have to knock everything out of the park now.  Everything!”  Keith closes with, “I think that in terms of singles, if you are taking a single to radio and you have an album full of songs – there is a killer.  A song that everyone says will kill it.  They’re the songs you need right now, you don’t need album tracks, you need hit singles!  You got the voice for it.”