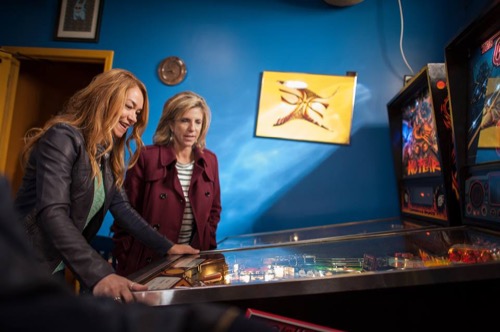 Tonight on TNT Cold Justice continues with an all new Friday January 30, season 3 episode 4 called, “Mother Daughter Tragedy” and we have your weekly recap below. On tonight’s episode Kelly [Kelly Siegler] and Yolanda [Yolanda McClary] journey to Indiana to probe the 1993 double murder of a 29-year-old mother and her young daughter.

On the last episode, Real-life crime series Cold Justice followed former prosecutor Kelly Siegler and former crime-scene investigator Yolanda McClary as they dig into small-town murder cases that have lingered for years without answers or justice. In 2007, an upbeat, free-spirited 67-year-old grandmother was found burned to death in her home. It’s now up to Kelly and Yolanda to head to Fairview Park, Ohio, to determine how the fire was started and who was responsible. Did you watch the last episode? If you missed it, we have a full and detailed recap right here for you.

On tonight’s episode as per the TNT synopsis, “real-life crime series Cold Justice follows former prosecutor Kelly Siegler and former crime-scene investigator Yolanda McClary as they dig into small-town murder cases that have lingered for years without answers or justice. In 1993, a 29-year-old mother and her six-year-old daughter were found strangled to death in their home. In this episode, Kelly and Yolanda head to Fort Wayne, Ind., and put all of their efforts into seeking out the person responsible for this tragic and heartbreaking double murder.”

On tonight’s all new episode of “Cold Justice”, Kelly and Yolanda have taken on a daunting task of trying to solve a near twenty year old double homicide. And this time they don’t know how distance themselves from the case. Especially as it involves the murder of an innocent six year old!

Lisa and Kaylee Bennett were attacked inside their home back in 1993. But, unfortunately, the young mother and her daughter did not survive the assault and were in fact strangled to death by their attacker. And so now Yolanda and Kelly are heading to Idaho to see if a fresh pair of eyes plus new DNA testing can help finally put this tragic case to bed.

They’ll be interviewing all the witnesses and suspects again. As well as testing everything the attacker allegedly came into contact with on the night of their murders. For example, things like the belt that was used to murder mother and daughter.

So far, though, there are only two major suspects in the case. They are Bryce McGriff who was Lisa’s married boyfriend and there was also Franklin “D” Douglas who just so happened to be Lisa ex that she had threated the day before she died. Apparently Franklin had been living with Lisa’s best friend Stephanie without her knowledge and when Lisa found out she threatened to go to the police about the convenience store she knew Franklin had robbed earlier.

Yet there still was some doubt on whether or not it could have been a stranger that had attacked the girls seeing as VCR was stolen from the home.

But Yolanda and Kelly took a look at the crime and they truly believe Lisa knew her killer. And that she may have even slept with him before she died. Subsequently, there was two douches found in the sink and the killer could have easily used that two get rid of all evidence.

Plus, another indication of Lisa possibly inviting the killer into her home is the fact her daughter had been so well set up. Little Kaylee had a blanket, snacks, and coloring books all laid out for her in the living room. And that’s something a six year old would never have done for herself. Her mother on the other, who probably wanted to keep her daughter busy and entertained while she spoke to someone, would have done something like that.

Meaning the killer could have come in and gotten into an unexpected argument with Lisa (that had ended in her death) and then realized the only way to leave is through the front door and pass Kaylee. Hence she was simply in the wrong place at the wrong time. And there’s a chance the killer only targeted her because he feared what she might say. Instead of actually killing her out of malice.

So the suspects were each given a once over and somehow both of their alibis fell though. Franklin said he was out with friends that night getting high and then they went out to a club. But the only friend that hasn’t had brain fried said they never went out to a club. And that he eventually splintered away from the group.

Then there was Brice’s alibi. He said he was still on good terms with his wife and that she had given a ride home after he had landed. You see Brice was attending a family function out of town but Lisa was reported as having wanting to wait for him to land so that they could see each other. Though, later, when the phone records were checked – it showed that Brice had been miles away when Lisa died. So that thing about forgetting who gave him a ride home from the airport could have just been fault memory.

Whichever the case, the detectives felt assured enough to cross Brice off their suspect list and hone their attention on Franklin.

Franklin had a history of violence and he allegedly assaulted both a pregnant woman and his own uncle. So the detectives already believe his more compass, if he has one that is, was at an all-time low long before Lisa had threatened. But they needed more than just witness testimonies to put Franklin away.

The case they had against him was circumstantial and without DNA – the only way they could take Franklin down is with hard evidence such as a confession.

All of the items that were collected at the scene of the crime was, as it turns out, contaminated by many officer involved with handling it. And that includes the murder weapon seeing as prior to the OJ Simpson case – the police weren’t as careful about procedure/protocols as they are today.

So instead of helping the case, DNA testing ended up sinking anything they could have possibly have found. That and the fact Franklin is never going to confess means the ladies had to end this episode telling the victims’ family that they cannot close the case.