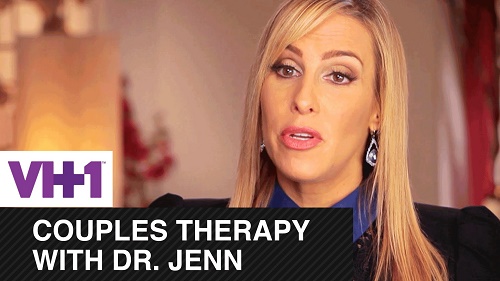 VH1 has unveiled the cast of their all new show “Family Therapy.” VH1’s popular reality TV series “Couple’s Therapy” starring Dr. Jenn has been a hit over the years – and we’re still not quite sure why. Frankly, we usually fast forward through the actual therapy and watch the screaming matches between the troubled couples inside the house. But, hey, to each their own. In lieu of “Couple’s Therapy’s” success, VH1 has given Dr. Jenn her own spin-off, “Family Therapy.” Instead of couple’s moving in to work on their relationships, Dr. Jenn is working with family members who need help with their relationships.

“Family Therapy with Dr. Jenn hopes to shed a little light on the complicated and often misunderstood world of celebrity families who still have to grapple with universal issues – but under a microscope… Each family is facing complex issues — from not successfully handling the spotlight to harmless sibling banter becoming tabloid fodder to messy divorce proceedings playing out on the national stage.”

Just like “Family Therapy’s” mother-ship “Couple’s Therapy,” VH1 has put together an obscure cast of has-beens and never-will-be’s to keep us entertained, they will all be living underneath the same roof while attending therapy sessions with Dr. Jenn. According to spoilers, the Season 1 cast will include, Dina and Michael Lohan, Briana and Brittany DeJesus (from Teen Mom 3), Tiffany “New York” Pollard and her mother Sister Patterson, the Dash brothers: Damon, Jeremy, and Bobby, and Bam Margera and his mother April. It looks like Dr. Jenn Mann might be in a little over her head with this bunch – but only time will tell.

According to various reports, the families began filming this month – there is no news yet on the show’s premiere date. But “Family Therapy’s” Season 6 premiere will air on VH1 on October 7th. Will you be tuning in to “family Therapy?” What do you think of the cast? Let us know in the comments below!