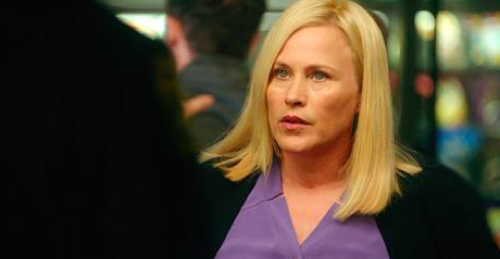 Tonight on CBS CSI: Cyber returns with an all new Sunday October 18, season 2 episode 3 called, “Brown Eyes, Blue Eyes” and we have your weekly recap below. On tonight’s episode, a police officer’s body camera is hacked and the incendiary video goes viral.

On the last episode, Raven’s friend was accused of murdering a man she met through a dating app who hacked her accounts, stole her money, and caused her to be fired and evicted. To make matters worse, she was found with the murder weapon in a motel room where she woke up with no memory of what happened. Did you watch the last episode? If you missed it, we have a full and detailed recap right here for you.

On tonight’s episode as per the CBS synopsis, “a police officer’s body camera is hacked and the incendiary video goes viral. The team investigates to learn the truth and find the hacker before the small town where the cop worked erupts in unrest.”

Tonight’s season 2 episode 3 episode looks like it is going to be great and you won’t want to miss it, so be sure to tune in for our live coverage of CBS’s CSI: Cyber at 10:00 PM EST! While you wait for our recap hit the comments and let us know how excited you are for the season 2 episode 3.

Social Media was in an out of control uproar. Apparently someone hacked into Ashdale PD and uploaded a video of theirs from off of their body cam that shows an officer appearing to shoot an unarmed black man. And not only does it look like the victim was willing to comply at the time but no one had seen Derek Noels since.

So millions of people were demanding to know where in the world was Derek Noels? Protestors had taken to the streets and the media was doing a twenty-four hour coverage of Ashdale, Pennsylvania. And so the Cyber-Unit was called in to find out who had lit the match on a racially charged keg.

Although that wasn’t a joke. The town did look as if it was about to blow and therefore the Cyber-Unit had to look into the disappearance of Derek Noles first. Derek as it turns out had a mother that didn’t care about rewriting history. She knew her son wasn’t a saint and that he did take more drugs than he could sell but he was still her child and she believes he deserved better. So after finding good cause for why the police would look into Derek – they had to find out how someone was able to break into the local police’s database as well as investigating the officer in the video.

Now it wasn’t that hard to find out how someone got into the system. The Chief of Police had the only password but he hadn’t had the skills to figure out when someone was spying on him. Much less when his hard drive had been corrupted by a Trojan horse. So he inadvertently gave someone else all the opportunity they needed to break in.

But Chief Richards wasn’t as forthcoming with the name of his officer. He tried to shield the younger man thereby making it harder for the Cyber-Unit to identify him. And again the Chief proved to be no match for technology. The tech guys ran a simulation where they were then able to identify Officer Dean Casuely as their shooter based on the hand that showed in the footage.

And Causely didn’t deny it. Against his lawyer’s wishes, he told Avery that he was there in the alley and that no one had been killed. Most especially Derek Noels. So the unit had to verify what really did happen and in the meantime Nelson had taken his anger down a notch.

When Nelson saw the footage, he instantly sides with social media in demanding justice. So his friend on the team tried to be there for him and if needed stand with him. But that didn’t stop them from finding evidence that the footage from that night had been tampered with.

So the unit’s next concern had been about protecting Causely. Someone had clearly edited the footage to make it appear as if he killed an unarmed man and the profilers had come up with who they were looking for. They said the unit had to find a white man possible in his thirties that was intent on creating chaos. And so it wasn’t that surprising that Causely’s name later got released to the press. The unit was looking for a Nero and Nero clearly wanted to watch the city to burn the sooner the better.

And it ended up being chaotic outside of Causely’s home. He had to get the Cyber-Unit to give him protective detail in order to make it out alive and they still ran into some problems with the protestor. Mob mentality had taken over and one guy came after Mundo wielding a bat. So Mundo was forced to disarm him and a dozen cameras caught him in the act.

Oddly enough that turned out to give Mundo some cred down at the police department but from there on in the protests only got worse. A Church was lit on a fire and out on the streets it was Black vs. White. And at the station it was Nelson against Mundo.

Nelson hadn’t liked the way the officers warmed up to Mundo for beating up a black man and he took that out on his coworker.

It was Nelson’s job to look through the servers and what he found was a bunch of emails that no officer would want anyone to see. Including several that claimed the “blacks” were stealing their jobs and a personal favorite of Nelson’s was the one where someone said they couldn’t wait for the blackie fed to swing home. So Nelson wasn’t comfortable on being on the police’s side and it made him conflicted about both his job and the people he works with. Mundo after all could not say that he never used one of “those” words.

But Krumitz did get somewhere with his investigation. He identified the man they were looking for and that made Avery right about the whole thing being personal. Their Nero was Robert Gaines and Bobby as he likes to be called happens to be Causely’s brother.

As for that Bobby, he once wrote a thesis about igniting a racially charged event that could happen anywhere with the right statics. So DB and Avery wondered if that’s what the tampered footage was all about. Was Ashdale an experiment?

Avery had experienced “The Blue-Eyed/ Brown Eyed Experiment” when she was younger and it was techniques used to teach kids about racism. Only Bobby’s little project didn’t feel like that to Avery. So ultimately she knew Bobby had something else in play and that he was going to do something to push the city one step too far.

However by time they got Bobby into custody, it was too late to stop his last act. Bobby had planted a tracker on his brother and released the details so that could go viral. Therefore the only city turned out to hunt down Causely.

And neither the feds nor the police had enough man power to protect Causely.

But the real Derek Noels did. It seemed he had agreed to go along with Bobby plans to remain hidden without actually knowing what it would cause. So when he saw his town burning, he stood up and announced that he was still alive in hopes of stopping the unrest.

And that’s where tonight’s episode ended.