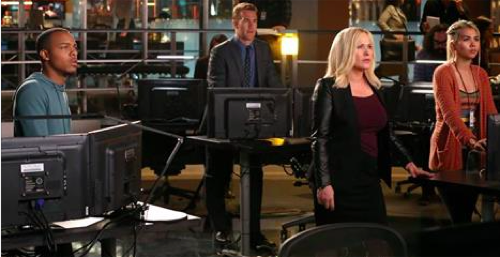 Tonight on CBS CSI: Cyber returns with an all new Sunday December 13, season 2 episode 9 called, “iWitness” and we have your weekly recap below. On tonight’s episode, the cyber team investigates the murder of a hacker.

The series follows an elite team of FBI Special Agents tasked with investigating cyber crimes in North America. Based out of Washington, the team is supervised by Deputy Director Avery Ryan, an esteemed Ph.D. Ryan is a behavioral psychologist turned cyber shrink who established the FBI Cyber Crime division and heads a “hack-for-good” program, a scheme in which the criminals she catches can work for her in lieu of receiving a prison sentence.

On the last episode, Avery risked her life to capture FBI Cyber’s most wanted criminal, after he murdered her friend, an Interpol agent. Did you watch the last episode? If you missed it, we have a full and detailed recap right here for you.

On tonight’s episode as per the CBS synopsis, “the cyber team investigates the murder of a hacker who was hired to erase an assault victim’s comments from a confessional Web site.”

Tonight’s season 2 episode 9 looks like it is going to be great and you won’t want to miss it, so be sure to tune in for our live coverage of CBS’s CSI: Cyber at 10:00 PM EST! While you wait for our recap hit the comments and let us know how excited you are so far with this season.

Sorry But This Episode Was Not Shown Tonight!