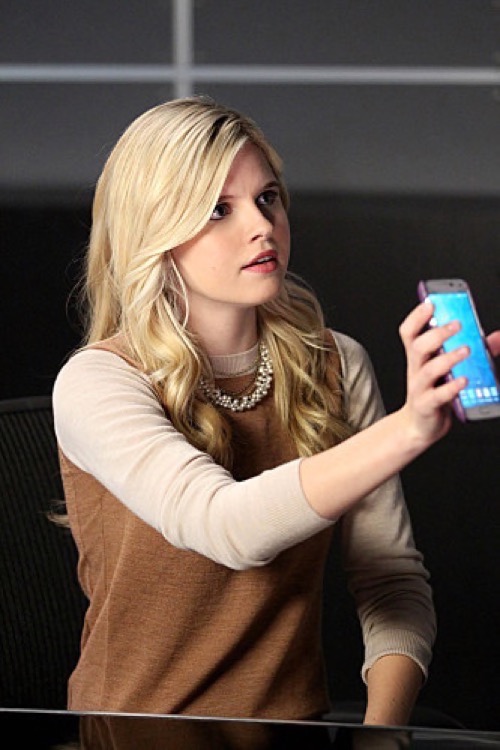 Tonight on CBS CSI: Cyber returns with an all new Wednesday April 22, season 1 episode 8 called, “Selfie 2.0” and we have your weekly recap below. On tonight’s episode, the cyber team investigate the abductions of young women whose social network pages are being kept up to date.

On the last episode, Avery and her team investigate a new cyber threat that allows arsonists a less traceable method of starting fires in homes. Meanwhile, Elijah’s ex-wife informs him she’s starting a new job out of town and wants to take their daughter with her.

On tonight’s episode as per the CBS synopsis, “the cyber team investigate the abductions of young women whose social network pages are being kept up to date. Meanwhile, Ryan helps Trish McCarthy cope with the death of her sister, who was Ryan’s former psych patient.”

Tonight’s episode looks like it is going to be great and you won’t want to miss it, so be sure to tune in for our live coverage of CBS’s CSI: Cyber at 10:00 PM EST! While you wait for our recap hit the comments and let us know how excited you are about this new series.

The body of young Elizabeth Marks’ body was apparently found at a nearby “dump” site and though no one has heard from her in two years – there was something odd about Elizabeth’s recent social media presence. Basically the Elizabeth from two years ago sounded nothing like the “Elizabeth” that had abruptly turned positive and was talking about settling down. So instead of Elizabeth’s case being a quick snatch and kill – Ryan and her team believe Elizabeth may have been kidnapped the entire time she was gone. And that her kidnapper had been the one to orchestrate Elizabeth suddenly distancing herself from her family.

See, the recent messages went a long way in discouraging anyone from looking for Elizabeth. So in that the kidnapper was smart. He made it sound like Elizabeth had moved to Paris on a whim and was having the time of her life.

But evidence points to something else. Marks on Elizabeth’s body showed she had been shackled for most of the time she was kept in captivity. And whoever took her also chose to brand Elizabeth as if she was property.

And, unfortunately, the rest just downhill from there because if the kidnapper could think of Elizabeth as an object then he would eventually want to replace her.

The team doesn’t believe Elizabeth was supposed to die. Though the fact she did meant the kidnapper needed someone to step in for her. And seeing as those kind of people have a type – a search was conducted on women in New York matching Elizabeth’s appearance. Hence they found Missy. She was the same age, height, hair color/eye color everything. Which funnily enough went along with a popular song “5 foot 2 and Eyes of Blue”.

So someone was definitely impressed with this song and they were developing a collection of gals so to speak. And the Cyber Unit knew they had to find Missy.

The numbers on Elizabeth said 567 but some of them were crossed of. As if she had gone up in the ranking. And that there were other girls were she was hidden. But when they figured out how Missy was taken – they didn’t know they were going to find a girl with a “1” ranking being the one to make the grab. So this kidnapper is now using his former victims to “collect”.

A more thorough search was later conducted, using the same criteria, and the team found a host of seven women that had gone missing. Including Elizabeth. The first girl though was Vanessa. Vanessa had gone missing in 2004 and the reason no one reported her missing was because her family knew she wouldn’t want to reach out.

Sadly, Vanessa and her sister had been abused by their father when they were kids and so it was quietly understood why Vanessa wouldn’t want anything to do with them now. But that all had to change. And Ryan reached out to Vanessa’s sister to see if she would make contact.

Vanessa is the only one that the kidnapper has allowed to move about freely and so if they catch her then soon they can catch him as well. However for the plan to work, Vanessa’s sister had to leave a message on social media that their father had died. And to provoke a reaction, the sister also had to mention the abuse they both suffered in the message.

And so the plan worked, when in a fit of rage, Vanessa chose to come out of hiding and was going to attack her sister for bringing up the abuse.

Vanessa was a broken young woman and somehow her abductor managed to convince her that everyone else was enemy. And that he was the only one that loved. So she wasn’t going to give him up. Nor did she want to give them any clues but that’s what she ended up doing when she began to brag about her relationship with her master.

See, she said he was never going to be able to replace her and yet the kidnapper has proven he has an obsession with the number seven. So while she didn’t think he could that didn’t mean he wasn’t going to try. And the moment he went on a dating website looking for a girl that matched his requirements – he pinged the Cyber Unit.

Thus Jasper, and the six other women that he had been held captive, were all found in a house in Albany that was miles away from the nearest neighbor.

And Ryan was the lucky one because she actually took out their predator. Subsequently, she followed up on the promise she had made earlier to Missy’s mother. For Missy was returned home safely and as for the mystery surrounding Elizabeth’s death that too was finally resolved.

Elizabeth it seems had gone up in the ranks and was allowed to go outside. Much like Vanessa did. But Vanessa had gotten jealous and then threatening towards Elizabeth. And so Elizabeth had chosen to take the opportunity to try and call someone for help.

That may have resulted in her death but it also freed the other girls because without Elizabeth then no one know any of them were missing.

And so after handling such a case, you would think Ryan would relax. Yet instead she chose to go with Trish, Danielle’s sister, to Danielle’s burial site. Why would she do that? Well, she said she would wanted them both to be at peace now.

So here’s hoping they both get it.