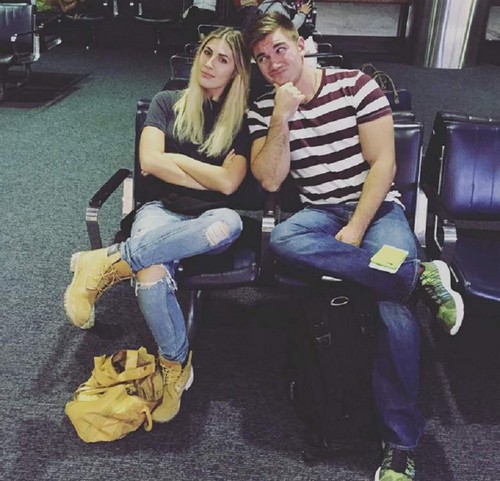 Dancing With The Stars 2015 spoilers for Week 8 of Season 21 tease that one of the remaining seven couples will be voted off and eliminated based on their scores form America’s votes and their Halloween night performances.

And, one lucky couple will receive the DWTS “Immunity” this week, which will protect them from elimination. It’s going to be super close this week, but here are our Week 8 Dancing With The Stars predictions for elimination.

After the Week 7 Dancing With The Stars performances, Bindi Irwin and Derek Hough were once again at the top of the leaderboard, however they aren’t exactly running off with the competition – the other six times are all nipping at their heels. Bindi scored a 58, but both Carlos PenaVega and Andy Grammer scored a 56 and tied for second place. It is safe to assume that Bindi, Carlos, and Andy Grammer are all say tonight simply because of the fact that the top 3 hardly ever go home.

Generally we would say that the top four dancers are safe – but Alexa PenaVega is a wild card. Her performances are rather unpredictable, and she doesn’t have as strong as a fanbase as some of the other competitors. Nick Carter and Tamar Braxton tied in 5th place with 54 points, which if you think about it is only 4 points away from the leaders Bindi Irwin and Derek Hough.

Nick’s diehard Backstreet Boys fans will probably keep him in the competition a few more weeks. But, Tamar’s fanbase is going to have to do some extra voting to make up for the drama she stirred up on social media.

Then there is international hero Alek Skarlatos and his partner Lindsay Arnold. Alek is a soldier, not a dancer, but his charm has gotten him pretty far in the competition. We would have predicted that he would be eliminated this week, but Tamar Braxton’s foot in mouth incident may have bought him some more time on DWTS.

As you all know Tamar bragged on the show during the Week 7 episode that she was the “best dancer in the competition,” which rubbed a lot of fans the wrong way. Instead of letting it go, Tamar took to social media and made the incident even worse by ranting online that the DWTS producers edited the clip to make her seem more competitive than she was.

What do you think DWTS fans? Will Alek Skarlatos be eliminated tonight? Or will Tamar Braxton and Val Chmerkovskiy’s stint on Dancing With The Stars be over? Share your thoughts in the comments below and don’t forget to check CDL for all of your Dancing With The Stars spoilers, recaps. dances and predictions.