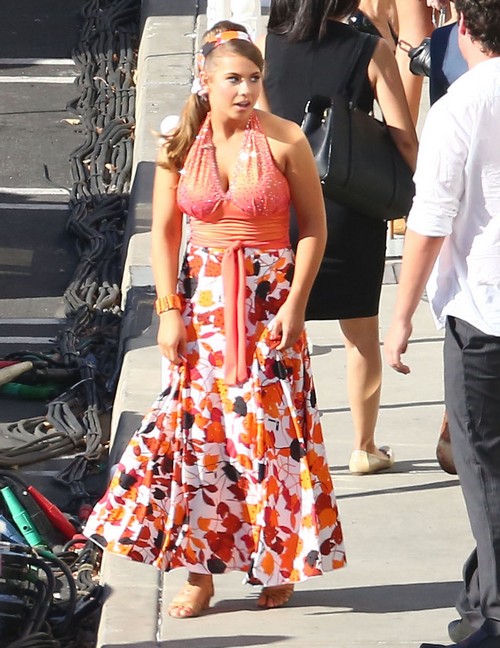 Dancing With The Stars 2015 spoilers tease that Season 21 Week 5 of the competition will be the dreaded “Switch-Up.” Well, the celebs and pro partners seem to dread the switch-up, frankly it is one of our most favorite nights of every season. Here’s how it works, DWTS fans took to social media to vote for which celeb dancer they would like to see paired up with each pro dancer.

The switch-ups are always entertaining to watch. After weeks of rehearsals and getting to know each other, the celebs and dancers are tossed in to a new dance with an unfamiliar partner. Sometimes, it’s a total disaster and it’s obvious producers didn’t pair those two up at the beginning of the season for a reason. However, more often than not – magic is made on the dance floor and leaves DWTS fans wishing those couples were permanent.

Dancing With The Stars 2015 spoilers tease that People Magazine has released the official partner switch-ups list for Week 5:

So DWTS fans, are you as excited for Week 5 switch-ups as we are? Andy Grammer and Paula Deen have both been skating dangerously low on the leaderboards so far this season, it will definitely be interesting to see if being matched up with different partners helps their scores any.

Bindi Irwin seems to excel regardless – it’s almost unfair that she was paired up with Season 20 winner Val Chmerkovskiy. Which celeb do you think will be voted off next? Share your thoughts and theories in the comments below and don’t forget to check CDL tomorrow for more Dancing With The Stars spoilers and news.