Tony Dovolani and Dancing with the Stars Judges Want Kim Zolciak Voted Off – A Total Diva! 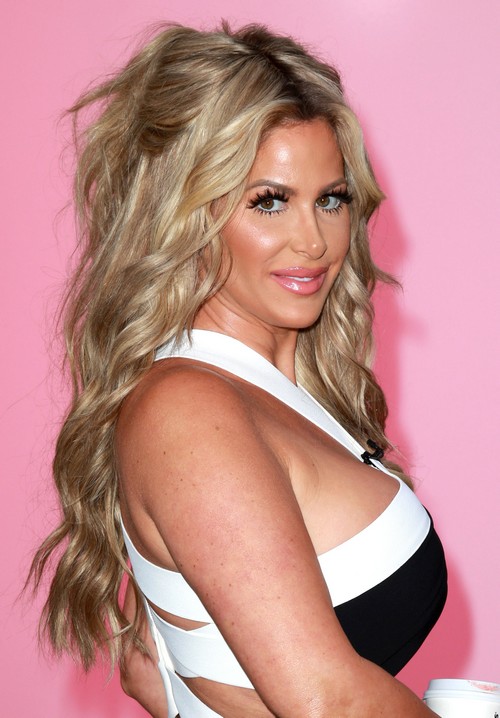 Dancing With The Stars Season 21 spoilers tease that Week 2 will be a double elimination week, and one of the celeb dancers will be voted off the ABC show on Monday September 21, and a second dancer will be voted off on Tuesday September 22. DWTS rumors indicate that the cast and crew of the dancing competition are praying that one of the celebrity dancers sent home is Real Housewives of Atlanta star Kim Zolciak – because she is making everyone’s lives miserable.

When DWTS cast rumors revealed that Kim Zolciak had been paired up with Tony Dovolani, general consensus on the Internet was that she had a decent chance at winning the Fall 2015 Mirror Ball Trophy. But, that went out the window when she performed an Egyptian salsa during the Season 21 premiere and bombed it so badly she received the lowest score of the night. Sources say after her embarrassing performance Zolciak wanted to quit DWTS, but she was bound by contract. So, instead she is being a nightmare to work with on the set because she doesn’t want to be there, and she thinks that the judges are out go get her.

A Dancing With The Stars source dished to Hollywood Life, “She was real difficult backstage after her performance and was rubbing people the wrong way complaining about her performance and how everything turned out.” Apparently, instead of working hard in rehearsals to get her scores up during Week 2, she has spent the entire week being a total diva and lashing out at Tony and anyone else that crosses her path.

At this point, voting Kim Zolciak off from Dancing With The Stars will be a win-win for everybody. The Real Housewife clearly doesn’t want to be there, and she is going to continue making life on set hell for everybody until she is eliminated and can go home. Do you think Kim Zolciak will be voted off during Week 2? Share your thoughts and theories in the comments below, and don’t forget to check CDL for all of your Dancing With The Stars spoilers and recaps.