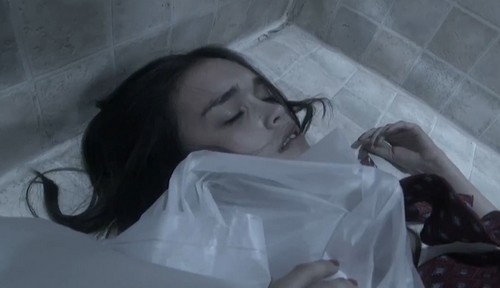 “Days of Our Lives” spoilers reveal that Theresa’s (Jen Lilley) plan will hit a huge snag. Theresa has finally traded in her lame schemes to get Brady’s (Eric Martsolf) attention. Instead, Theresa has been focusing on her new career goals. Unfortunately, Nicole (Arianne Zucker) and Kate (Lauren Koslow) could derail Theresa’s dreams.

It seems Kate and Nicole will have other ideas about the direction of Basic Black. Kate is a business executive who knows how to run a company and Nicole has the moxie to get whatever she wants out of life. However, Theresa is trying to wrap her head around the corporate world. It’s a far cry from Theresa’s previous “job.” DOOL viewers know that Theresa rarely showed up to work at the hospital and when she did, it was mostly to make sarcastic remarks with Anne (Meredith Scott Lynn).

Still, we have to give credit where credit is due. Theresa has some great designs and she’s truly excited about getting her big chance. As Kate and Nicole move forward with their visions for Basic Black, Theresa will find herself feeling like she’s being muscled out. “Days of Our Lives” spoilers say Theresa will struggle to make her business partners see things from her point of view. 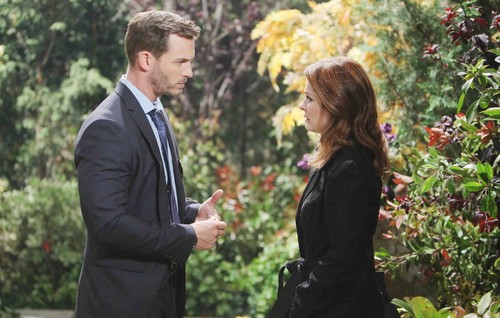 To make matters worse, Theresa will probably be feeling pretty emotional as Paige’s (True O’Brien) funeral approaches. Theresa wasn’t all that close to Paige, but it’s always a blow when a young family member’s life is cut short. Plus, Eve (Kassie DePaiva) is clearly a wreck over the loss of her daughter. Theresa isn’t as cold and heartless as most of Salem would have you believe. Deep down, Theresa cares about those that return the favor. It will undoubtedly be difficult for Theresa to watch Eve bury her only child.

Of course, there could be a silver lining in the midst of Theresa’s ordeal. “Days” spoilers tease that Brady will try to comfort Theresa when he sees how upset she is. It’s taken a long time, but Brady is warming up to his ex. No one could blame Brady for being hesitant to trust Theresa after everything she’s done. Nevertheless, this should give a little hope to “Thrady” shippers. DOOL rumors hint that Brady and Theresa could get back together down the road. Stick with “Days of Our Lives” for updates on their potential reunion.

So “Days” fans, what do you think about the news that Kate and Nicole will try to boss Theresa around? Will Theresa be able to fulfill any of her dreams? Are you glad Brady is softening toward his former flame? Would you like to see them reunite as a couple? Let us know what you think in the comments below and don’t forget to check CDL often for the latest “Days of Our Lives” spoilers, rumors, updates and news.