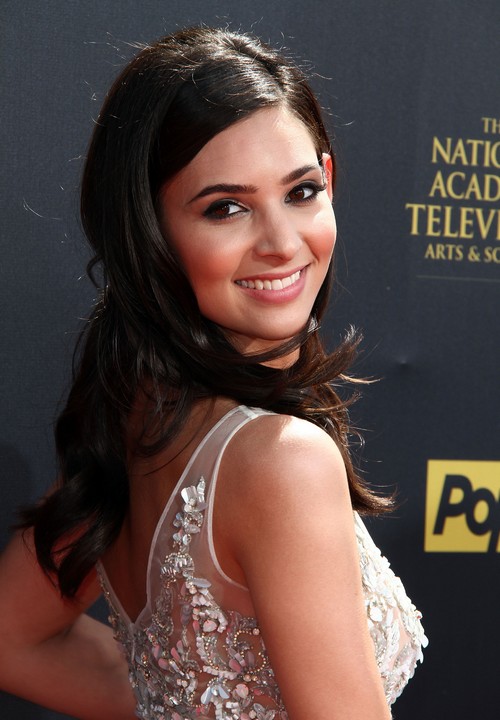 “Days of Our Lives” spoilers reveal that many more murders lie ahead, including a couple of killings that may surprise us. Though characters will be dropping like flies, we’ll also have some big returns to balance things out. DOOL spoilers confirm that Camila Banus will be back as Gabi starting September 17. “Days” fans recently heard Aiden (Daniel Cosgrove) and Rafe (Galen Gering) discuss a hearing about Gabi’s potential release from prison.

It appears Gabi is getting off a little easy considering she murdered Nick (Blake Berris), but most viewers will let that slide. After all, Nick was controlling and abusive toward the end of his run. That doesn’t make it right, but it does mean Gabi’s crime wasn’t all that bad in the soap world.

Gabi will finish her time in prison and begin her stint in Salem. Fortunately, it sounds like this won’t be a quick visit. “Days of Our Lives” rumors hint that Gabi will be involved in an extended story arc. That’s definitely a good thing. Sonny’s (Freddie Smith) departure has left Will (Guy Wilson) as a single parent and he’ll need all the help he can get. Gabi will undoubtedly be thrilled to be reunited with Arianna (Harper and Sydnee Udell). Of course, that’s not the only family member Gabi will encounter once she comes home. DOOL spoilers say Gabi and Rafe’s father, Eduardo (A Martinez), will soon show up to cause some trouble.

Eduardo also happens to be Eve’s (Kassie DePaiva) ex. Word has it that Eduardo is Paige’s (True O’Brien) dad, but that hasn’t been confirmed just yet. Nevertheless, it seems likely that Eduardo will arrive to seek vengeance for Paige’s probable death. Who knows? We may even see multiple murderers running around town.

This is being touted as a serial killer storyline, but there may be a bit of trickery in play as far as how many killers there actually are. The head writers have been quick to point out that this isn’t your run-of-the-mill murder mystery. You can expect the NBC soap to zig and zag all over the place in the coming weeks. It looks like no one in Salem is safe. Stick with “Days of Our Lives for updates on the twists and turns headed your way.

So “Days” fans, what do you think about the news that Gabi will return on September 17? Are you excited to see Gabi again? Will Gabi resent her father for not being there for her? Will two families collide if Eduardo is also Paige’s dad? Let us know what you think in the comments below and don’t forget to check CDL often for the latest “Days of Our Lives” spoilers, rumors, updates and news.