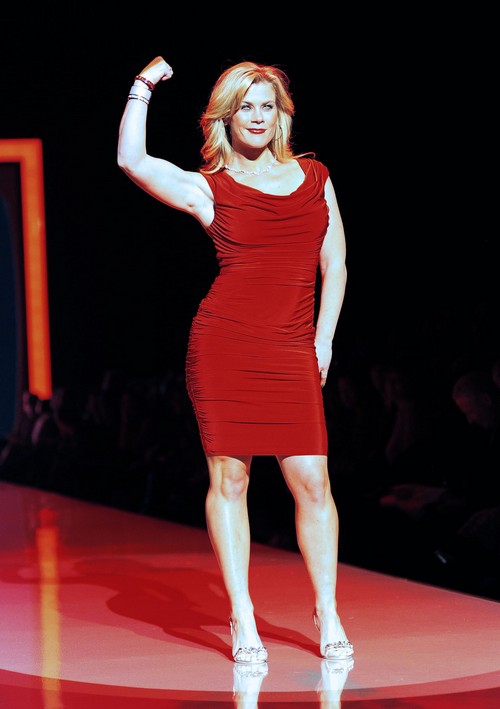 When “Days of Our Lives” spoilers revealed that Sami Brady was exiting the NBC soap and Alison Sweeney was leaving DOOL, fans clung to the hope that Sweeney would return. Rumors were flying that Alison Sweeney would be back for Christmas in Salem – but Christmas came and gone on the NBC soap and there was no sighting of Sami Brady. According to a new report – the odds of Sami Brady returning to Salem are even smaller, because she just landed her own series of movies on the Hallmark channel.

According to a new report from Deadline, Alison Sweeney has been tapped to star in the network’s all new scripted series “Chocolate Chip Cookie Murder.” Deadline reveals that “Based on the New York Times bestselling series of books by Joanne Fluke, Chocolate Chip Cookie Murder centers on Hannah Swensen (Sweeney), shop owner of the Cookie Jar where much of the town’s gossip percolates along with the strong coffee. When a mysterious murder occurs, Hannah turns into a culinary detective and finds herself trying to solve the crime while getting caught in an unexpected romantic mystery of her own.”

This is actually Alison Sweeney’s first acting gig since she left “Days Of Our Lives” in 2014. Although she did work behind the scenes of ABC’s soap General Hospital after she left DOOL. Despite “Days of Our Lives” rumors and spoilers teasing that Alison Sweeney could be returning, it looks like the actress has truly moved on and is pursuing new acting opportunities with other networks. TPTB at DOOL have confirmed that they have no intention of recasting Sweeney’s character, so it looks like Sami Brady is definitely staying in Hollywood for the long haul.

So DOOL fans, how do you like the NBC soap without Alison Sweeney? Were you hoping that Sami Brady would be returning? Will you tune in to her new series of movies on Hallmark? Let us know what you think in the comments below and don’t forget to check CDL for all of your “Days of Our Lives” spoilers and news.