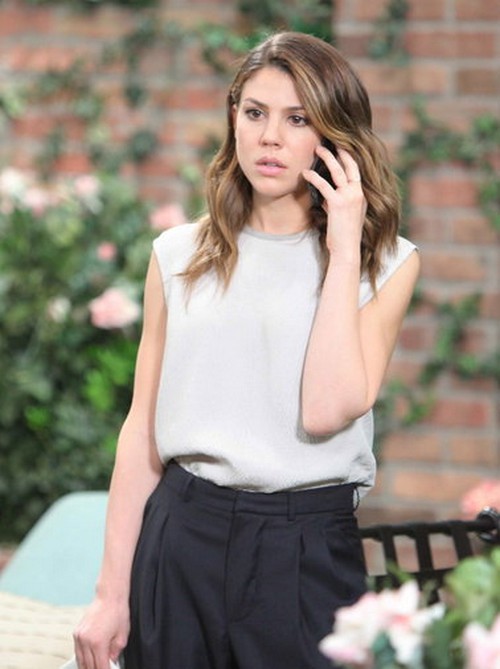 “Days of Our Lives” spoilers for Friday, June 12, tease that Chad (Billy Flynn) will decide to anger Abigail (Kate Mansi) in an effort to put some distance between them. Chad knows that Stefano (Joseph Mascolo) is up to something and he won’t allow Abigail to be a part of it. Of course, Chad also overheard Abigail telling Ben (Robert Scott Wilson) she loved him and that could play a role in his decision. Chad doesn’t want to wreck Abigail’s life, especially if she has a chance for a safe, healthy relationship with someone else. It’s going to be tough for him to go through with it, but Chad has no choice but to make Abigail think he’s a total jerk.

DOOL spoilers say Chad will claim he got what he wanted and he’s done with Abigail. Chad will insist that he only hooked up with Abigail to show he was capable of winning her back. Abigail will be devastated by Chad’s sudden shift. This is the same man that gushed about how their passionate evening was the best night of his life. Chad romantically carried Abigail upstairs, brought her a flower, offered to make her breakfast and did anything else he could to make her feel special. Abigail was likely thinking it was all just too good to be true and now it seems it was. Fortunately, these two probably won’t be able to stay away from each other for very long. “Days” rumors say that their mutual attraction will eventually draw them together once again.

In the meantime, Abigail’s relationship with Ben could hit a big snag. Clyde (James Read) suggested that Ben should keep track of Abigail through an untraceable app on her phone. Ben refused, but it appears he could have a change of heart. Whether he uses the app or not, Ben intends on getting sneaky. Ben’s shady strategy may help him get updates on Abigail’s secret, but it could backfire if he isn’t careful. Stay tuned to “Days of Our Lives” to see if Ben will regret snooping around.

Other “Days of Our Lives” spoilers say Brady (Eric Martsolf) will let Theresa (Jen Lilley) know that he’s running the show now. There’s no more “Mr. Nice Guy” when it comes to decisions that affect his child. Theresa will be taken aback by Brady’s reaction to her recent antics. Theresa wanted Melanie (Molly Burnett) out of the picture, but this isn’t the outcome she was hoping for. Luckily, Brady could warm up slightly by next week. Stick with DOOL to see if Brady will realize how much Theresa cares about him.

So “Days” fans, what do you think about the news that Chad will snub Abigail? Will this really hurt Abigail any less than Stefano would? What does Ben have up his sleeve? Will Theresa be heartbroken by Brady’s harsh demeanor? Let us know what you think in the comments below and don’t forget to check CDL tomorrow for the latest “Days of Our Lives” spoilers, rumors, updates and news.