‘Days of Our Lives’ Spoilers: Clyde Asks Victor To Hire Kate – Will Begs Marlena to Keep Paul’s Father a Secret 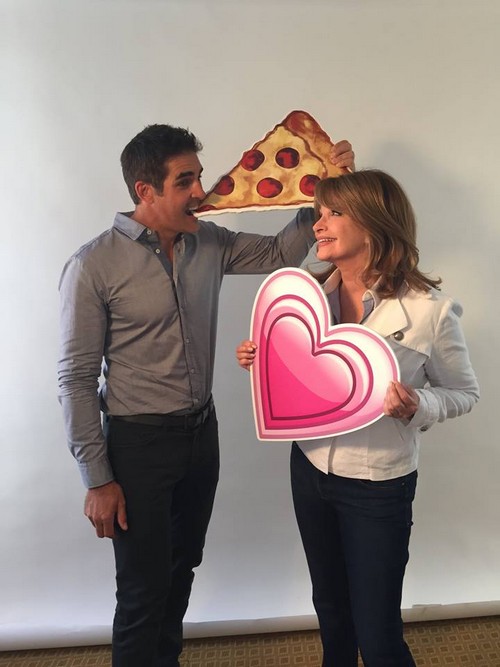 “Days of Our Lives” spoilers for Friday, April 3, hint that Will (Guy Wilson) is headed for trouble. Will has been hard at work on an article that would expose Paul’s (Christopher Sean) father, but he suddenly realized that Paul was not a DiMera as he originally thought. Tori’s (Hira Ambrosino) reaction let Will know that Paul is actually John’s (Drake Hogestyn) son. Will came to his senses and decided to let his story go, but now Marlena (Deidre Hall) is in on the secret, too.

DOOL spoilers tease that Marlena will want to reveal the news, but Will is going to do everything he can to stop her. Will knows that if Paul finds out his father lives in Salem, he could decide to stay in town permanently. Sonny (Freddie Smith) and Will are trying to rebuild their marriage and that’ll be tough to do if Paul and his six-pack abs stick around.

Unfortunately for Will, things are only going to get worse. “Days of Our Lives” spoilers indicate that Will’s affair with Paul will be exposed right in the middle of his anniversary party. A reporter will question Will at the event and all his friends and relatives will learn just how well he knows Paul Narita. Nearly everyone in Salem will know that Will cheated on Sonny. There’s a good chance people will figure out that Paul is Sonny’s ex as well. Throw in the fact that Will was at Paul’s hotel room while Sonny was near death and Will should rank pretty high on the jerk scale. Stay tuned to “Days” to watch Will and Sonny’s anniversary celebration turn into a total disaster.

It seems Will’s shenanigans will fill the majority of the episode, but DOOL will still make a little time for good ol’ Clyde (James Reed). Clyde hasn’t been around much lately, but he’ll be back with a request for Victor (John Aniston). We don’t know for sure what the request will be, but we know it will involve Kate (Lauren Koslow). She recently got the boot as co-CEO of DiMera Enterprises so maybe Clyde will instruct Victor to give Kate a job at his company.

Since Clyde threatened to hurt Vic’s family if he didn’t do what he was told, Victor will most likely concede. Besides, Victor is partially responsible for getting Kate fired. Vic teamed up with Stefano (Joseph Mascolo) to pull one over on Kate and she was promptly shown the door. It looks like what goes around, comes around. Luckily, the rumors say it’ll come around for Clyde eventually. Stick with “Days of Our Lives” to see if Clyde will regret messing with a Kiriakis.

So “Days” fans, what do you think about the fact that Marlena knows John is Paul’s father? Can Will convince her to keep quiet? What will happen when the reporter updates everyone on Will’s affair with Paul? Will Victor grant Clyde’s request involving Kate? Let us know what you think in the comments below and don’t forget to check CDL tomorrow for the latest “Days of Our Lives” spoilers, rumors, updates and news.