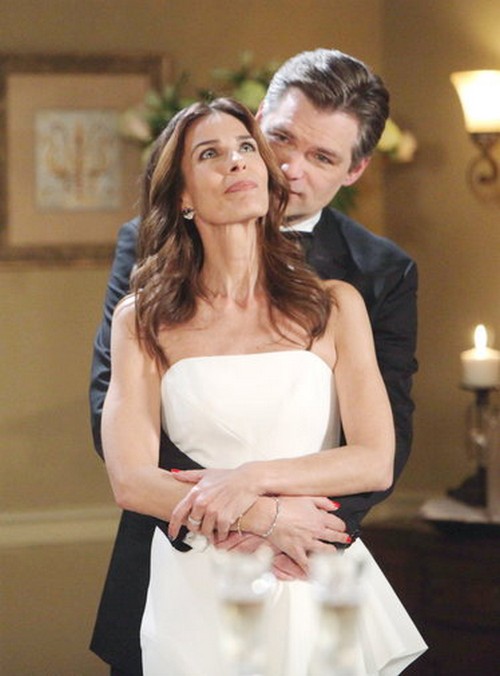 “Days of Our Lives” spoilers for Wednesday, July 15, tease that Eve (Kassie DePaiva) will have an opportunity to get revenge on Jennifer (Melissa Reeves). It appears Eve has tracked down just the right drug to make Jen think she’s off her rocker. When Eve notices that Jennifer left her drink unattended, she’ll take a moment to plop her drug of choice inside. However, DOOL rumors hint that Eve’s plan will hit a snag. Maybe Jennifer will decide she’s not that thirsty and throw Eve’s evil plot straight in the garbage.

Whatever the case, it seems Eve is about to give up on this whole vengeance idea. “Days of Our Lives” spoilers hint that Eve will have a meaningful chat with Eric (Greg Vaughan) later this week. Eric may not be a priest anymore, but he still tries to put people on the right path. Eve might realize that making Jennifer feel insane isn’t going to solve her problems. Paige (True O’Brien) will continue to hate Eve for her affair with JJ (Casey Moss). Eve would be better off doing the right thing and hoping Paige will eventually come around. Unfortunately, “Days” rumors say Eve is in for a rough time down the road.

Meanwhile, Hope (Kristian Alfonso) will be shocked when she learns what Daniel (Shawn Christian) has planned. DOOL spoilers reveal that Daniel will discuss a surprise he has in store for Nicole (Arianne Zucker). We’ve been hearing that a proposal is in the works for a while now and it sounds like it really is coming up soon. Dr. Dan truly expects to build a future with Nicole. Nevertheless, there’s a good chance Eric and Nicole’s feelings for each other could get in the way. 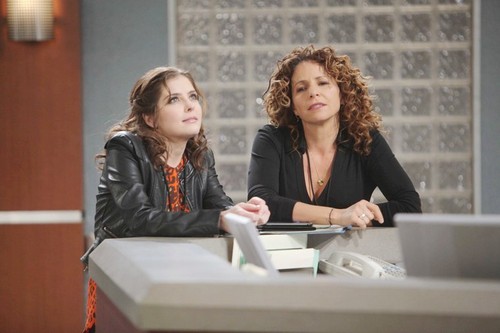 Other “Days of Our Lives” spoilers indicate that Theresa (Jen Lilley) and Anne (Meredith Scott Lynn) will move forward with their plan to take down Tate’s nanny. Theresa wants Anne’s tech-skilled acquaintance to loop the nanny cam footage so it looks like Haley (Nadia Sloane) has been slacking on the job. If all goes well, Brady (Eric Martsolf) will think Haley left “Tater Tot” alone for hours. Of course, Theresa’s bound to mess this up. As much as she tries to make it work, scheming is not Theresa’s forte. This plot will probably fail like all the rest. Stick with the NBC soap to see what will happen when Brady gets updates on the truth.

So “Days” fans, what do you think about the news that Eve will drug Jennifer’s drink? Will Eric convince Eve to let go of her grudge? Are you surprised that Daniel is committing to Nicole? Will Theresa and Anne’s scheme be foiled? Let us know what you think in the comments below and don’t forget to check CDL tomorrow for the latest “Days of Our Lives” spoilers, rumors, updates and news.