BY Heather Hughes on May 30, 2015 | Comments: one comment
Related : Days of Our Lives, Soap Opera, Spoiler, Television 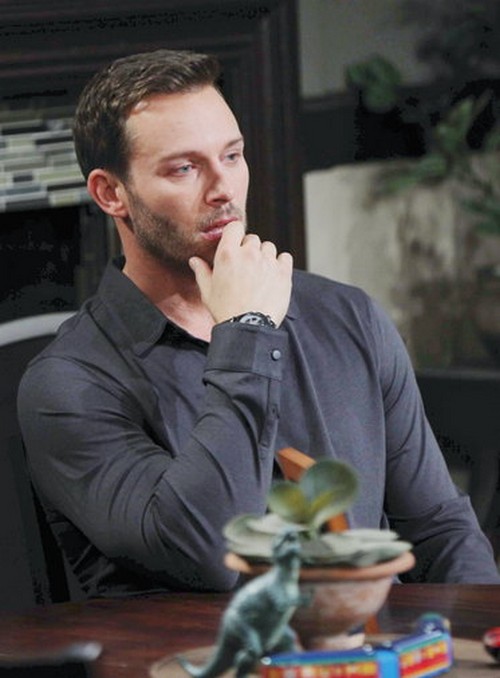 “Days of Our Lives” spoilers for Monday, June 1, reveal that Jennifer (Melissa Reeves) and Eve (Kassie DePaiva) will clash over who’s to blame for destroying Paige’s (True O’Brien) life. Jennifer will argue that none of this would’ve happened if Eve could’ve just let Paige and JJ (Casey Moss) be happy. However, Eve will probably counter that JJ was never good enough for Paige. JJ definitely proved that by sleeping with Eve. Of course, Eve was the enabler in that scenario. Jen will lash out at Eve for taking JJ to bed multiple times and scheming to keep him out of Paige’s life. Eve has certainly made some poor decisions over the last few months and they’re all coming back to haunt her.

Eve is in a dark place right now and she won’t be in the mood for Jennifer’s criticism. DOOL spoilers tease that Jennifer and Eve’s argument will turn into a cutthroat brawl. Jen has proven she can hold her own with Eve. Back when she walked in on JJ and Eve getting busy at the Salem Inn, Jennifer was ready to beat Eve to a pulp until JJ intervened. Jen and Eve will probably get interrupted again, but they should be able to sneak in a few slaps and jabs before someone breaks them up. Stay tuned to “Days of Our Lives” to watch Eve and Jennifer in an epic catfight. 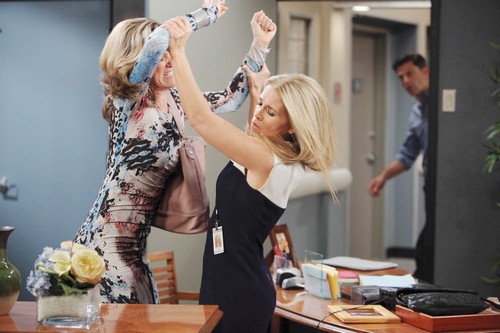 In other “Days” news, Melanie’s (Molly Burnett) storyline on will finally wind down. After an emotional conversation about her decision to leave, Melanie and Brady (Eric Martsolf) will say their tearful goodbyes on Tuesday. Down-the-road DOOL spoilers say Brady will be pretty down in the dumps once Melanie is no longer around. The rumors say Brady may hold a grudge against Theresa (Jen Lilley) for ruining his chance at love. Nevertheless, Theresa won’t give up trying to win Brady over. In the end, Brady and Theresa have a child together and that means they’ll have to learn to get along. Stick with “Days of Our Lives” to see what updates lie ahead for their relationship.

So “Days” fans, what do you think about Jennifer and Eve’s faceoff? Who would you bet on to win that fight? What about Melanie’s sorrowful sendoff? Will Brady hold this over Theresa’s head indefinitely? Let us know what you think in the comments below and don’t forget to check CDL tomorrow for the latest “Days of Our Lives” spoilers, rumors, updates and news.