‘Days of Our Lives’ Spoilers: Will Depressed After Sonny Leaves, Hooks Up with Paul – Gabi Prison Release to Care for Ari? 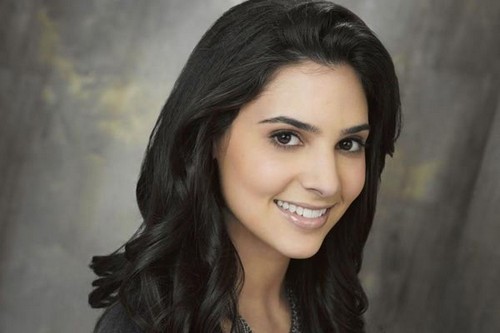 “Days of Our Lives” spoilers tease that Will (Guy Wilson) and Sonny (Freddie Smith) will make plans to attend a counseling session. However, it appears Will won’t be able to trust that therapy alone will fix his relationship. DOOL rumors say that Will may buy a little marriage insurance. Perhaps Will could bribe the therapist to make sure Sonny starts to understand his way of thinking. In that case, Marlena (Deidre Hall) would obviously be right that this particular therapist wasn’t a good idea. Any counselor that would accept a bribe of any kind clearly doesn’t have any sort of moral compass.

Of course, Will and Sonny aren’t exactly rolling in the dough. They can barely afford the basic therapy package, let alone any bribery upgrade Will might try to tack on. Maybe that means Will could put another blackmail scheme in play. Will tends to dig up dirt on just about everyone these days. It’s also possible that Will could snoop around to make sure he knows all the right things to say at his session. Where there’s a “Will,” there’s a way. No matter what route Will takes, this is going to end badly.

If Will had just come clean and admitted he made a mistake by sleeping with Paul (Christopher Sean) from the get-go, Will and Sonny would probably be in a much better place right now. Granted, Sonny still has feelings for Paul, but so far he hasn’t acted on them. Instead of working to rebuild Sonny’s trust, Will feels the need to deceive his husband time and time again. It seems likely that Will may tell one secret too many and Sonny will declare that enough is enough. Freddie Smith will be leaving the role of Sonny sometime around August, which means Will could be left to work through his grief on his own. On the other hand, Will may not be entirely alone. Paul will surely feel just as heartbroken that the man he loves has left town. “Days of Our Lives” rumors say that Will and Paul could engage in a round of hate sex when they blame each other for Sonny’s departure from Salem. After that, it’s anyone’s guess what will become of Will. Some “Days” viewers have suggested that this would be a good opportunity to explore a depression storyline. It’s easy to see how Will could sink deeper into the pit of despair. This plot could help set up Gabi’s return for DOOL’s 50th anniversary later this year.

If Will becomes so hopeless that his daughter’s welfare is called into question, perhaps Gabi (Camila Banus) will be paroled from prison so she can care for Ari (Harper and Sydnee Udell). Considering the serious nature of Gabi’s crimes, this scenario would be unlikely in the real world. However, this is Salem we’re talking about. As long as a character gets a slap on the wrist, justice has been served. Will could even turn to drugs and alcohol as a way to cope with the pain of losing Sonny. A depressed drunk or drug addict obviously isn’t the ideal guardian for an innocent two-year-old girl. Neither is a murderer, but maybe the judge would agree to let Gabi take over if someone like Rafe (Galen Gering) is there to supervise. Whatever happens, things certainly don’t look good for poor William. Stay tuned to “Days of Our Lives” to see if Will’s about to go off the deep end.

So “Days” fans, what do you think about the news that Will and Sonny’s marriage is on the verge of destruction? What updates lie ahead for Will’s life? Could Will totally fall apart? Will Gabi return to care for Ari when Will is no longer capable? Let us know what you think in the comments below and don’t forget to check CDL tomorrow for the latest “Days of Our Lives” spoilers, rumors, updates and news.