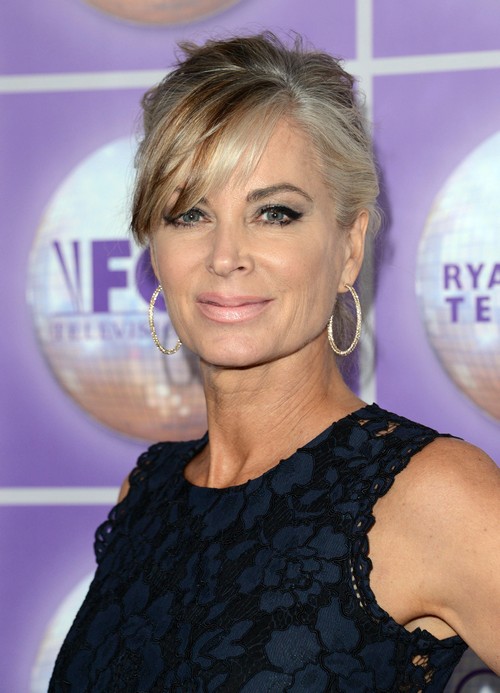 “Days of Our Lives” spoilers for Tuesday, April 14, hint that the big day will finally arrive. Kristen (Eileen Davidson) will be back in all her devious glory. Kristen is only going to be around for a 10-episode stint so DOOL writers plan on making the most of her appearances. “Days” fans know that Kristen stole Theresa’s (Jen Lilley) embryo and carried the baby as if it were her own. Viewers were already given a brief peek at the little fella and we can expect to see him again soon. We can confirm that the baby’s name is Christopher and it seems Kristen’s motherly instincts kicked in right away. Kristen will be on a mission to protect Christopher and she won’t care who gets hurt in the process.

It looks like Theresa will become Kristen’s top target in the near future. However, Theresa will have to deal with another problem first. When Theresa told Daniel (Shawn Christian) about Nicole’s (Arianne Zucker) recent date, she was just begging for trouble. We all know what happens when you mess with Nicole. Just ask Serena (Melissa Archer). Still, Theresa can’t resist interfering in any situation that involves Daniel or someone connected to him. Theresa will continue to make waves and she’ll pay the price later in the week. When Nicole gets updates on Theresa’s meddling, there’s going to be an all-out brawl. On the bright side, a battle with Nicole will help Theresa prepare for the war she’ll wage for her son. Stay tuned to “Days of Our Lives” to see if Theresa can hold her own.

Other “Days of Our Lives” spoilers tease that John (Drake Hogestyn) and Marlena (Deidre Hall) will be on the outs. John just found out Paul (Christopher Sean) was his son and he was stunned to learn that Marlena kept the news from him. John wondered just how long Marlena intended to hide the truth. Now Marlena will get the cold shoulder as John takes some time to process everything that’s happened. DOOL rumors say their tiff won’t last long. John and “Doc” will work things out before you know it. Stick with the NBC soap to see when John will start to come around.

So “Days” fans, what do you think about Kristen’s story arc? Are you happy that Eileen Davidson is reprising her role? What about Theresa’s troublemaking? Will Theresa regret going up against Nicole? Will John begin to understand why Marlena didn’t share her suspicions with him? Let us know what you think in the comments below and don’t forget to check CDL tomorrow for the latest “Days of Our Lives” spoilers, rumors, updates and news.