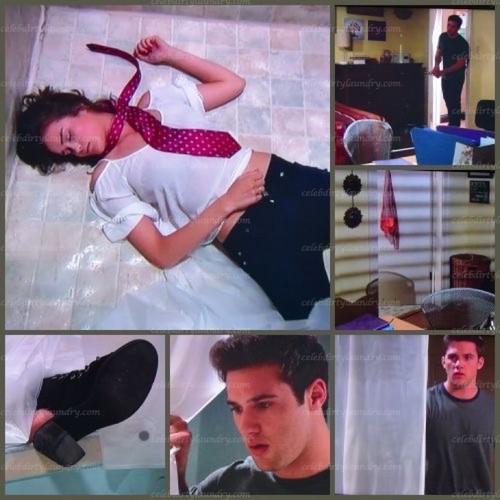 “Days of Our Lives” spoilers for Wednesday, September 9, tease that JJ (Casey Moss) will be overcome with emotion as he tries to come to grips with Paige’s murder and what he’s just seen. The love of JJ’s life is dead and he was the unlucky one who discovered her body. Fortunately, Paige (True O’Brien) and JJ shared a tender moment shortly before she was killed, but that won’t offer JJ much consolation. JJ will surely feel responsible for not being there to protect Paige.

Once JJ processes the news, it’ll be Eve’s (Kassie DePaiva) turn to deal with such a horrible loss. DOOL spoilers reveal that Eve will be an absolute wreck over the next few weeks. However, Eve will draw comfort from Justin (Wally Kurth) as she tries to will grapple with her guilt. Eve hooked up with JJ and caused Paige to turn away. Now Eve will never have the chance to reconnect with her daughter. Justin will try to support Eve in any way he can, but this isn’t something she’ll ever really get over.

Meanwhile, the Salem Police Department will turn to the business of solving Paige’s murder. Unfortunately for Chad (Billy Flynn), they’ll once again think of him as the only suspect. Chad grabbed Paige in the town square and wanted to know what she told Rafe (Galen Gering) about his rendezvous with Serena (Melissa Archer). Since Rafe happened to be lurking nearby, this scene didn’t play out in Chad’s favor. This is the second time that Chad was seen arguing with a woman that later turned up dead. Plus, Paige was murdered with the killer’s trademark necktie. Things certainly don’t look good for Chad. In fact, “Days of Our Lives” spoilers indicate that an arrest is imminent. 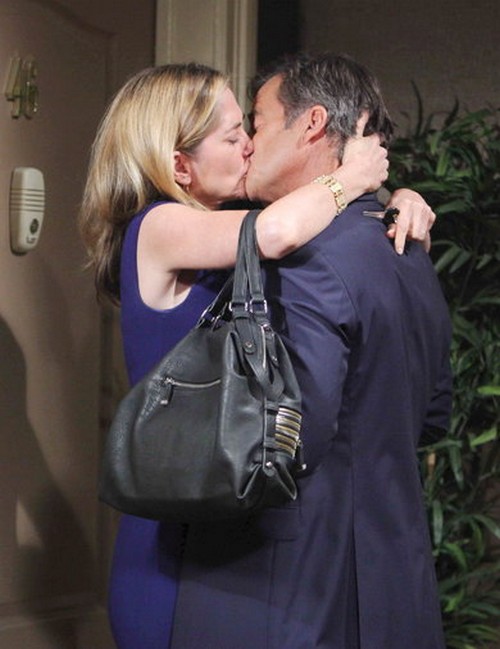 Other DOOL spoilers hint that Hope (Kristian Alfonso) will try to convince Steve (Stephen Nichols) that Aiden (Daniel Cosgrove) is a great catch. Of course, Hope is obviously wasting her breath. Steve knows a shady guy when he sees one. “Days” viewers know one, too. Aiden recently stopped by to see the mastermind of his scheme and we learned that it was none other than Stefano DiMera (Joseph Mascolo). It’s not surprising when you consider all the plots Stefano has been behind over the years. Aiden’s mission to marry Hope is on track, but the rumors say the wedding won’t go off without a hitch. Stick with “Days of Our Lives” to see if Aiden’s plan will take a wrong turn.

So “Days” fans, what do you think about Paige’s death? Are you glad Justin will support Eve after she gets updates on the murder? Will Chad be able to prove his innocence? Will Aiden continue to pull the wool over Hope’s eyes? Let us know what you think in the comments below and don’t forget to check CDL often for the latest “Days of Our Lives” spoilers, rumors, updates and news.