‘Days of Our Lives’ Spoilers: Guy Wilson Fired From DOOL – Is Will Horton a Murder Mystery Victim? 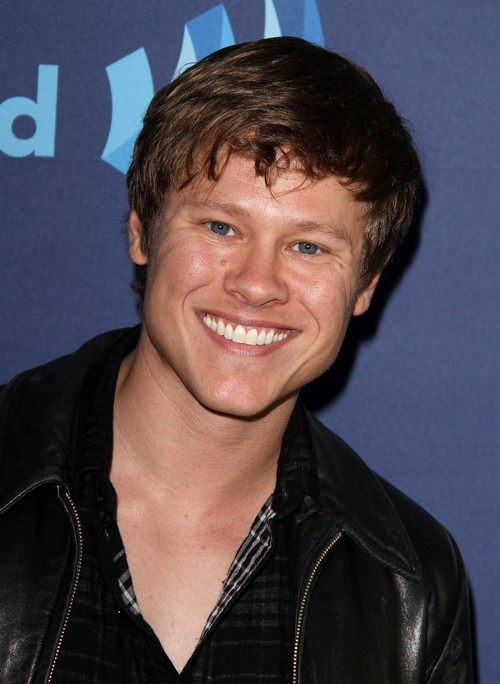 “Days of Our Lives” spoilers reveal that a major murder mystery is brewing. Ever since the story broke, DOOL viewers have been speculating on who the victims will be. While there’s no official confirmation, “Days” rumors hint that Will Horton (Guy Wilson) could soon meet a gruesome fate. Serial Scoop is reporting that a source close to the NBC soap claims Wilson is out. The source also indicates that the murderer will come after Will as part of the upcoming killing spree.

Coincidentally, these rumors surfaced right around the time that a new cast chart was leaked. The chart was blurred, but DOOL fans immediately went into super-sleuth mode to determine who is still taping and who is long gone. It appears Guy Wilson and his character, Will, were absent from the list. That doesn’t necessarily mean Will is going to be killed off, but it does tell us that he probably won’t be in Salem next spring.

Still not convinced? Let’s look at one of Wilson’s recent tweets. On August 1, Wilson called this a “summer of vicissitudes.” Basically, Wilson is suggesting this summer came with a change in circumstances that may have been unwanted and not very pleasant. Only Wilson knows for sure, but it sounds like the poignant reflection of a fired actor. Perhaps Wilson was getting some frustration off his chest with that tweet.

Based on one of Wilson’s previous tweets, it seems Will is going to be alive and well for the 50th anniversary episode of “Days of Our Lives” in early November. However, Will could easily bite the dust shortly after that. With all the returns on the way, the excitement of the anniversary is expected to roll right along through the end of this year.

Whether Will dies as part of the murder mystery or not, it wouldn’t be too surprising if Will was killed off. Will’s character has been severely tarnished over the last few months and it would be quite a challenge to repair the damage. The new head writers may have chosen to wipe the slate clean by getting rid of Will entirely.

“Days of Our Lives” spoilers tease that Sonny’s (Freddie Smith) departure is coming up next week and that means Will could find himself all alone. Smith reportedly returned to film a few scenes after his initial departure, but it’s not clear if those were reshoots for the new writing team or something else. For all we know, Sonny could be coming back for Will’s memorial service down the road. Whatever the case, things don’t look good for poor William. Stick with CDL for updates on the danger that lies ahead.

So “Days” fans, what do you think about the news that Will is rumored to be a murder victim? Would you miss Guy Wilson’s portrayal of Will? Would you rather they send Will away and recast later? Let us know what you think in the comments below and don’t forget to check CDL tomorrow for the latest “Days of Our Lives” spoilers, rumors, updates and news.