‘Days of Our Lives’ Spoilers: Martha Madison Stars in New Drama ‘Winterthorne’ – Returns to DOOL as Belle on November 25 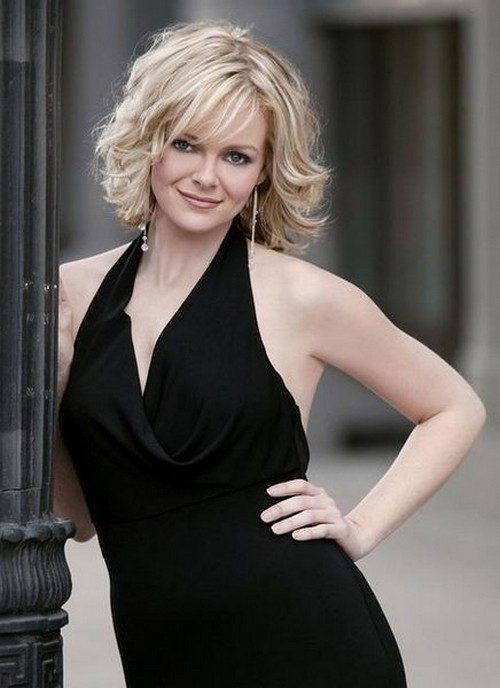 “Days of Our Lives” spoilers reveal that one DOOL actress is keeping very busy. It was recently announced that Martha Madison is reprising her role as Belle on the NBC soap, but she has another exciting project in the works. CBS Soaps in Depth is reporting that Madison is starring as Miranda in a new Internet drama called “Winterthorne.” The show centers around the Winterthorne family and the candy empire they’ve established. The online drama’s creator, Michael Caruso, gave potential viewers a hint of what to expect.

“The family [and its business] is run by its women, and they’ve reached a crossroads,” said Caruso. “Martha’s complicated character, Miranda, is taking over, and we’ll see over the course of four episodes where she started from and some of the good and not-so-good choices she’s made in order to control her family.” “Winterthorne” would probably be perfect for “Days” fans looking for a new show to get into. Miranda’s tactics seem like something you’d see in the cutthroat world of the DiMeras or perhaps the Kiriakis clan. Family loyalty can make or break a character on “Days of Our Lives” and “Winterthorne” should be no different.

The show is creating some big buzz and it’s sure to draw some interest when it premieres on Thursday, August 27. However, we can’t forget about Madison’s return to “Days of Our Lives” this fall. Madison is currently on contract and it’s been revealed that her first airdate will be Wednesday, November 25. Check out “Winterthorne” and then hold on tight for DOOL’s 50th anniversary. Stick with CDL for the latest rumors and updates on the soapy action happening later this year.

So “Days” fans, what do you think about the news that Martha Madison is starring in “Winterthorne”? Will you watch this new Internet drama? What about DOOL’s 50th anniversary? Are you excited to see what’s in store? Let us know what you think in the comments below and don’t forget to check CDL tomorrow for the latest “Days of Our Lives” spoilers, rumors, updates and news.