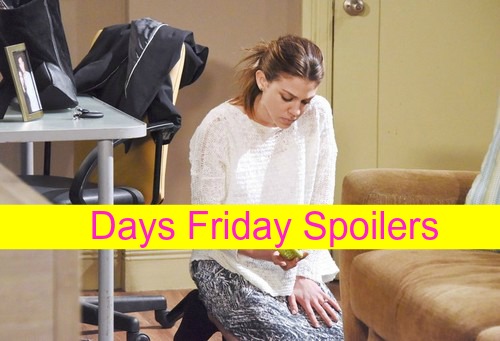 “Days of Our Lives” spoilers for Friday, October 16, tease that things will get tense for Paul (Christopher Sean) and Sonny (Freddie Smith). Now that Will (Guy Wilson) is dead, emotions are running high. While it was ultimately Will’s choice to cheat on his husband, there’s a good chance that Sonny will partially blame Paul.

Paul didn’t know Will was married, but that affair still played a huge role in driving Will and Sonny apart. Even after they hooked up, Paul’s presence turned Will into an envious schemer who constantly feared Sonny would go back to his ex.

Fortunately, Will came to his senses and realized he hadn’t been owning up to his mistakes. Nevertheless, Sonny lost those last few weeks he could’ve shared with Will. Paul couldn’t have known any of this was coming, but that won’t make Sonny’s pain go away. DOOL rumors hint that Paul will be somewhat understanding of why Sonny is lashing out. Anger is often a big part of grieving. Perhaps venting a little will help Sonny come to grips with Will’s death.

Meanwhile, Rafe (Galen Gering) will try to get to the bottom of Ben (Robert Scott Wilson) and Chad’s (Billy Flynn) recent fight. Ben is adamant that Chad came to kill him, but Rafe isn’t buying it. It doesn’t make sense that Chad would kill two women, attack another and kill his friend before showing up to murder Ben.

If Chad wanted Ben out of the picture, he would’ve just avoided the hassle and stopped by for the brawl weeks ago. Plus, Chad is currently in a coma and Ben didn’t even have to go to the hospital. Chad wasn’t armed and Ben still felt the need to beat him into oblivion. “Days of Our Lives” spoilers say Rafe will ask some tough questions, which may lead him to get suspicious of good ol’ Benny. 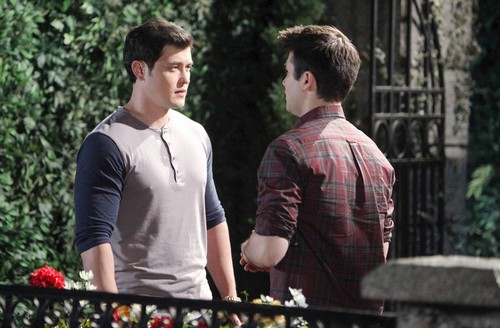 Ben was bound to get jealous. When you add a hot temper and whatever mental issues he apparently has, it’s surprising Ben didn’t blow sooner. DOOL rumors suggest that Ben’s outbursts will continue. Stick with “Days of Our Lives” for updates on Ben’s next move.

So “Days” fans, what do you think about the news that a Sonny will have a tense encounter with Paul? Will Rafe realize that something’s off with Ben? Will Stefano want revenge on Abigail for causing Chad to face Ben’s wrath? Let us know what you think in the comments below and don’t forget to check CDL often for the latest “Days of Our Lives” spoilers, rumors, updates and news.